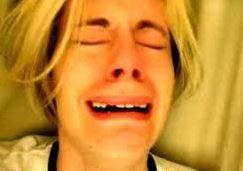 Did you know that opinions — and facts, presumably — are validated by the gender of those expressing them? If that comes as surprise then, like so millions of others, you haven’t read today’s Sunday Age, which turns over a slice of its opinion page to a woman who grumbles that her opining sisters don’t get their views published as often as equity demands. Writes Sarah Russell:

While gender is not a determinant of an individual’s point of view – and a female voice is not in itself necessarily a feminist voice – opinion pages should reflect our wider society. The low visibility of women on the opinion pages sends the same signal as any male-dominated boardroom: that our views matter less.

Two things Ms Russell fails to mention: not so long, both the SMH and Sunday Age were edited by women, Amanda Wilson in Sydney and Gay Alcorn in Melbourne, and each was replaced by a man. In Alcorn’s case, her successor, Mark Forbes, has just resigned under a cloud after being accused of roving hands by a young female reporter.

The second thing to note is that Ms Russell’s gripe is academic, as what she demands is a greater share of a shrinking platform. With the Age now selling a miserable 100,000-odd copies a day in a city of four million souls, what does it matter how the editorial page is apportioned between the sexes when so few readers remain to digest those views?

Come to think of it, there’s a third angle as well: is it any wonder the Fairfax rags are withering when editors think readers prefer whine to lively writing with their Sunday morning crumpet?

Ms Russell’s gripe can be digested by following the link below.