The week in review 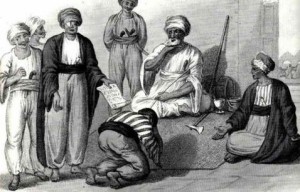 Joe Hildebrand is struck by the gulf between Martin Place’s bloody reality and the usual suspects’ snivel-by-numbers response:

The reality: The gunman is found to have declared himself a follower of Islamic State and demands an official Islamic State flag.
The authorities’ response: Prepare for a potentially deadly outcome.
The idiot’s response: Start a hashtag.

The reality: The gunman executes two hostages.
The community’s response: A massive outpouring of shock and grief.
The idiot’s response: Accuse the media of overreacting.

One could link to many sources supporting the above observations, but a single segment on Radio National captures them all. Listen as compere Richard Aedy and guest Mel Campbell, a specialist in the relationship between diet and fashion, dissect what is wrong with the popular press as observed from Ultimo, Southbank and other inner-urban sanctuaries of the terminally precious.