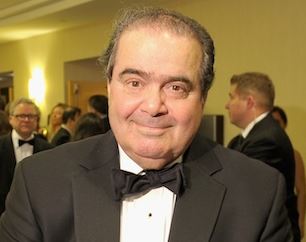 Roger Kimball mourns the passing of a good man and great jurist:

I just got the dreadful news that Justice Antonin Scalia was found dead, age 79, this morning at a Texas resort. The death of a great man is always a cause for sadness. The passing of Justice Scalia is more than that: it is a national tragedy. Of course, President Obama will nominate and try to force through a left-wing jurist to the Court. The Senate, with its Republican majority, ought to be able to defer the nomination until the administration of the next president. But note that the Senate majority leader is Mitch McConnell, not a man who is known to stand up to bullies. These are trying times for the republic. I hope my irreligious friends will forgive me for asking that we all pray for the country.

As it happens, I wrote about Scalia just a few weeks ago.  I thought it might be appropriate to repeat what I said here:

UPDATE:  Yale law professor Stephen L. Carter, author of Reflections of an Affirmative Action Baby, excoriates the left’s immediate eagerness to dance on the grave of a jurist despised for his conservatism.

When the news broke Saturday that Justice Antonin Scalia had died at age 79, my Twitter feed began to fill with hate. Not disagreement or disrespect — actual hate. He was an ignorant waste of flesh, wrote one young fool. His death was the best news in decades, cheered another. Then there was the woman who just had to tell the world that she felt safer now than she had at the death of Osama bin Laden. And several people expressed the hope — the hope! — that Clarence Thomas would die next.