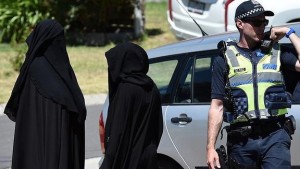 It is getting on for four years since Waleed Aly, who has a Logie and must be taken seriously, explained that there really isn’t much to worry about in his more ardent co-religionists’ habit of blowing things up, fellow citizens in particular. Yes, terrorism is “a perpetual irritant”, as he explained after the Boston Marathon attack, and must always be kept in perspective.

He was right, of course: terrorism can be very, very annoying, not least when one comes across something like the editorial in today’s Age, which includes this paragraph:

We know from events in Nice that even the most crude attacks can be devastating. So while the police have been successful in stopping plans in their tracks, what needs greater focus is how to stop radicalised young Australians getting anywhere near the stage of planning to kill their fellow citizens and themselves.

What it doesn’t include, not anywhere in its 800-or-so words, is the key word ‘Muslim’, which it seems the author has been at great pains to avoid. Thus do we see the designated threat broadened to “radicalised young Australians”, as if members of the Epping Marching Girls Club or Altona Surf Lifesavers  are equally prone to plotting Midnight Mass massacres.

Reassuringly, having ducked any reference to the creed of Allah, the editorial finishes with a familiar plea and fudge:

…we need to be confident that prevention measures are in place – that government, police, families and community and religious groups are properly resourced to be able to counter the rise of extremism and ensure that the fallout of terror arrests does not compromise our safety further.

So, it’s not one, quite specific “religious group”, it’s a bunch of them. Who knew Presbyterians to be such a volatile lot?

And the solution to a problem whose name cannot be uttered? Why, that the same un-named creed be “properly resourced” to counter the threats and perils arising from its very own teachings.

But then, people slaughtered in their pews or run over by big trucks are mere “irritations” and absolutely nothing to fret over.

Votes by the Boatload