Turnbull, a GetUp! kind of guy 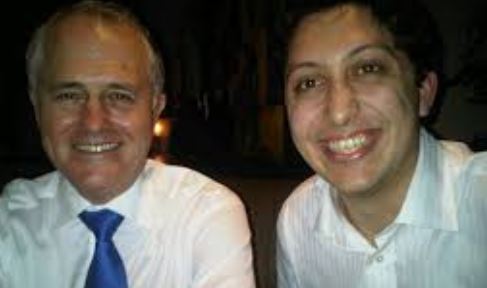 The revelation appears in today’s edition of The Saturday Paper, a dubious source to be sure, and beneath the byline of Mike Seccombe, whose accuracy Andrew Bolt has called into question, but if true says rather a lot, none of it reassuring, about the parliamentary Liberal Party’s current leader:

The request from Christopher Pyne was simple but unexpected. Malcolm Turnbull’s leadership was in trouble, and he was hoping GetUp! might help do numbers for him.

It was the last Saturday of November in 2009 and the phone call was to Simon Sheikh, then national director of the activist group.

“He complained that conservative organisations, particularly the Australian Christian Lobby, were contacting MPs to advocate support for Abbott,” Sheikh says. “He asked if I could organise for people to email or call MPs in support of Turnbull.”

Pyne had specifics in mind. He offered to provide GetUp! with a list of about 10 undecided MPs, whose votes might be swayed by a lobbying campaign.

So, when things looked grim for Malcolm Turnbull he turned for help to GetUp! Tells you pretty much everything you need to know about the for-the-moment Prime Minister and the reason his party is in the state it is. By the way, the snap atop this post is from Turnbull’s flickr account and captures a moment of fraternal joy with Simon Sheik, then GetUp!’s go-to guy. And just to demonstrate his affection for Sheik, here’s another flickr pic from Turnbull’s online glory box. 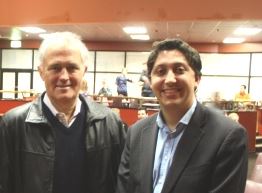 The full Saturday Paper article — five times longer than it need be — can be read via the link below.