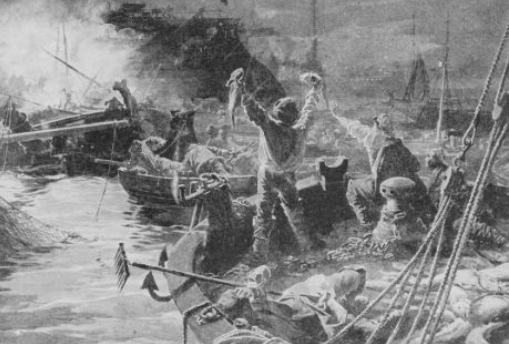 Writing in the UK Telegraph, Jeremy Black, author of Military Strategy: A Global History, observes Russia’s Ukraine folly and is reminded of a war that did much to bring down a tsar of the old school:

The parallels between Ukraine and the Russo-Japanese war are not perfect. But if I were Vladimir Putin, I would find enough in the story to worry me. His forces face a similar humiliation and, though it could again be years in the making, defeat may yet mark the beginning of the end for this modern Tsar’s hideous reign.

One thing in Putin’s favour. His naval forces have not yet attacked the fishing fleet of a neutral power, as did Imperial Russia’s flotilla when it mistook — just how, we’ll never know — British trawlers for Japanese raiders lurking on the Dogger Bank. That fleet, like the first destroyed by Japan, also went to the bottom.

More on the Dogger Bank (pictured above) can be found here, with links to more detailed examinations of the incident.