Transactivism
and its damage 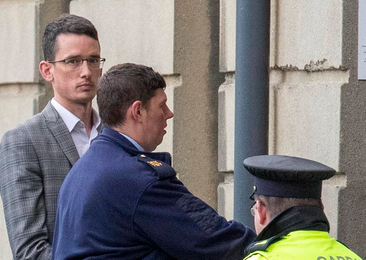 Irish teacher Enoch Burke (above, being led into court) waits behind bars in Mountjoy Prison. His “crime”? Refusing to address a gender-conflicted pupil as “they”. The Irish Times reports:

Enoch Burke was committed to prison earlier this week until he agrees to obey a court order not to attend at or attempt to teach any classes at Wilson’s Hospital School in Co Westmeath, which suspended him from his position as a teacher of history and German.

He told the court that even if he had to remain in prison for “every hour of every day for the next 100 years” he would not compromise his beliefs nor agree to comply with the terms of the court order.

It’s a pity Mr Burke didn’t submit as evidence the regrets of those who transition and can’t regain their own lives. Below, one such sad case speaks movingly about being left with only “the scraps of the life I could have had”.