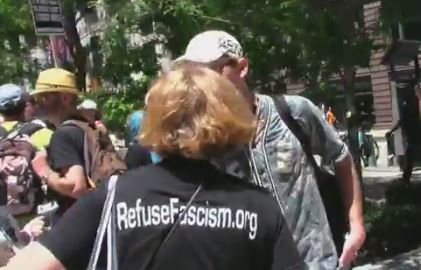 Not so long ago a parodic internet entity going by the name of Alene Composta launched a blog so absurd in its promotion of cookie-cutter “progressive” thought that the ABC simply couldn’t resist publishing one of its pseudonymous pieces at opinion site The Drum. Crikey! also was gulled, with Melbourne University’s Margaret Simons hailing Ms Composta’s acumen and insight. Then someone a tad sharper than a journalism professor realised the ABC essay was playing its admirers for fools and the endorsement was hastily deep-sixed from the site. Then-Media Watch host Jonathan Holmes subsequently weighed in on the dim-wittedness of those on the left who immediately embraced the carbon-fearing, Abbott-hating, lentil-loving creation as one of their own. More recently Tim Blair recounted the timeline and the ABC’s willingness to “nudge”, as Ms Composta put it in a note to Radio National’s Jonathan Green, the 2011 NSW  election toward Labor.

As a hoaxer of the ardent left, Ms Composta has been a lonely memory — until now, thanks to a young gentleman in America who took up the megaphone at a “resistance” rally in Kenosha, Wisconsin, and delivered a speech consisting entirely of unattributed quotes lifted from Adolf Hitler and Mein Kampf.

Deliciously, his audience (pictured above) waved their “Refuse Fascism!” signs and lustily cheered every brown-shirted word. The ABC must be sorely tempted to find a spot for the Wisconsin hoaxer on the next Q&A panel.

The video can be viewed in full via the link below.

That seems a bit unfair…

As the profit wills…