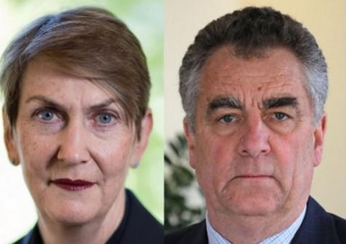 In the Herald Sun this week, Jeff Kennett demanded the resignations of the two Court of Appeal judges — Chief Justice Anne Ferguson and Chris Maxwell (above) — who went with the vibe, not the law, in rejecting Cardinal George Pell’s appeal and consigning an innocent man to 405 days behind bars. The column is paywalled, but here is the nub of the former Victorian premier’s stinging j’accuse:

I want to focus on the standing of the legal system in Victoria and the inappropriateness of our two senior judges occupying their positions any longer.

By 1992, the standing of the application of law in Victoria was so low anyone involved in a serious commercial trial went to the courts of NSW to have their matter heard. We established Victoria’s Court of Appeal in 1994 to address that lack of confidence in our court system. Justice Jack Winneke was appointed president and, with his colleagues, rebuilt Victoria’s court reputation. They were highly respected legal people…

…how could Victoria’s two most senior legal people sitting as the Court of Appeal get their decisions so terribly wrong? They should resign.

As a further indictment of what should be two of the brightest legal minds in the Garden State, the video below is damning.