The sweet stench
of ‘success’ 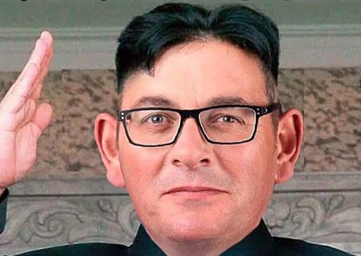 Got to give it to Chairman Dan, who can look the camera in the eye and insist his lockdown ‘war’ on COVID-19 is a stunning success. If viewers don’t notice the body of Victoria’s former health minister jammed beneath the bus he threw her under, or recall how he praised her competence only days before the big shove, well ‘success’ might be the right word.

But ‘success’ is also a word that can be used subjectively or objectively. Subjectively, success might be overseeing the state of which you are in charge endure curfews and what is becoming the regular spectacle of pregnant women being handcuffed when they are lucky or, when they are not, manhandled with the delicacy due a sack of spuds.

Meanwhile, hundreds of your fellow citizens perish in aged care, your economy is driven off a cliff, legions of your constituents are left without meaningful employment, small businesses are crippled and children are denied the benefits, dubious in the case of Victoria’s school system, of an education.

Objectively, if you are not Daniel Andrews, all of the above constitutes not ‘success’ but a state of disaster. But such a clear-eyed appraisal is not welcome in Victoria, where too much criticism of the Premier, or even merely announcing on your Facebook page that a rally is to be held, may very well draw police officers to your door. And if you don’t answer that knock with sufficient alacrity, stand back! Along with the Star Wars-style body armour for the Premier’s praetorian guard, aka VicPol, his enforcers have equipped themselves with nifty battering rams and an impatient disdain for locks and hinges. Once taken into custody, expect fines of up to $5000 for  seeing only rubble and blue uniforms where the Premier spies that grand ‘success’ of his.

There are other aids to re-education as well, as The Australian‘s Rachel Baxendale has discovered. If she raises her voice above the lowing herd of recent journalism-school graduates assembled every morning for the Premier’s calling of the daily COVID Lotto numbers, first she gets oily lies by way of response and then, when she checks Twitter, she is abused by gaggles of inky wretches as a vile tool of Murdoch666’s infernal conspiracy. For example:

Why, it’s almost as if most gentlemen and ladies of the media would prefer to cuddle with authority than question it. But forgive me, that is an objective view of the press in its current state and, as noted, only Danist subjectivism is acceptable these days in Victoria. By his standards, the best reporters are his most avid stenographers.

And there is so much good, uplifting Andrewsian news to report! Why, he has even allowed Melburnians to go fishing once again, albeit for a maximum of two hours per day and only then in row boats and kayaks. The state’s six million simple souls may not understand why a’bobbin’ on the Bay in a tinnie with an outboard will draw the Water Police and yet more fines, but the Premier grasps that the putter of an Evinrude attracts and incites COVID bugs as red rags do bulls.

Losing your job, seeing your small business crater, growing testy and neurotic in locked-down isolation, eating too much and drinking even more, being forced to send your kin unto the grave with most would-be mourners obliged by threat of fines to stay away — these are the dividends of adopting a subjective view. You just have to look at through the Premier’s black-framed spectacles to see the ‘success’ in such things.

It’s Dan’s world in Victoria. The rest of us merely exist in it.

The future of solar is … diesel!