The sort of planet
they always wanted 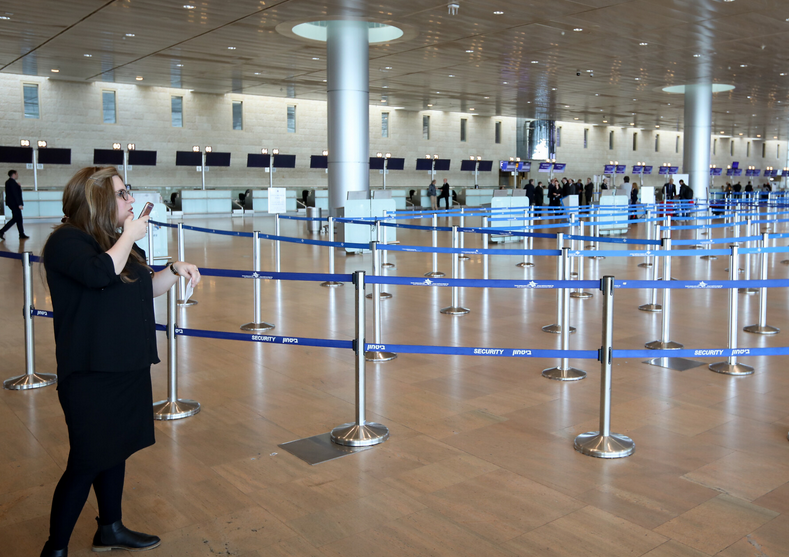 Israel’s Ben Gurion Airport: empty, just the way The Greens like it

The real threat of the corona virus is twofold.  The first is that considerable restraints on normal activity are likely to be required for at least most of the next year so the spread of the contagion is slowed enough that the health system is not overwhelmed. Insufficient hospital capacity would not only result in substantial increases in mortality from the virus but also from a resultant neglect of treatment for other illnesses if high levels of health resources have to be tied up in dealing with the pandemic.

The second problem is that the level of restraints necessary to slow the contagion has a high risk of severe economic recession involving widespread collapse of the debt-based house of cards which prevails globally. The probability of impacts on government revenue, the banks, jobs, consumer spending, investment, real estate, most businesses and indeed the entire economy is very real.

Unlike the nebulous future of climate change, the reality of this threat will become apparent one way or another in the next few months. Actually, it could deliver almost everything the climate alarmists have been asking for, with severe reductions in, or restraints on fossil fuels, air travel, shipping, automobiles, livestock, plastics and in fact the whole spectrum of capitalist and consumerist activity.

By providing a sample of the world as the Green New Deal would have it, the corona virus may turn out to have a collateral benefit. After a vaccine or drug or the virus simply following the typical bell curve of contagious outbreaks, we will be in a much better position to make better-informed decisions about the measures advocated by climate zealots to preserve the health of the planet. In the meantime, if there is consolation in the epidemic, it is that we may even enjoy some welcome relief from the incessant daily stream of climate alarms, threats and demands.

Shaky in the Garden State