The intifada at
Southbank and Ultimo 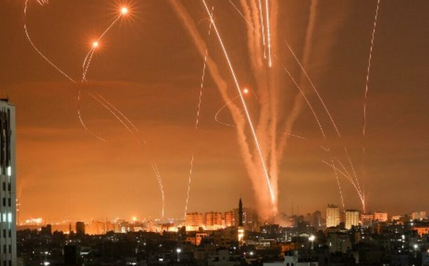 There’s a petition doing the rounds just now, a representative example of Luvviedom’s reaction whenever rockets rise out of Gaza, Israel responds and the whining begins. It seems, according to the signatories, there is

… a growing dissatisfaction, both in this country and elsewhere, with the media’s treatment of Palestine.

As journalists, reporters and other media workers, we know that the media can do better. Many of us are seeking change but lack sufficient power in our organisations to push back against the status quo.

We believe that the coverage of Palestine must be improved, that it should no longer prioritise the same discredited spokespeople and tired narratives, and that new voices are urgently needed

The petition comes as no surprise. What is a surprising is that so many — almost all, in fact — of those adding their signatures either work for or contribute regularly to the ABC. One gathers the national broadcaster represents their ideal where Mideast coverage is concerned. Why else would these conspicuously principled sorts continue to accept the ABC’s taxpayer dollar or allow it to promote their books and various projects. They have principles, don’t you know!

Below, the first 50-or-so signatures. The links to past or present ABC employees are in red, those enjoying its promotion of their reputations and careers in lilac.

It’s very hard to avoid the impression that, in regard to matters Mideastern, the ABC needs no further encouragement to lean any further in favour of the Palestinian cause.