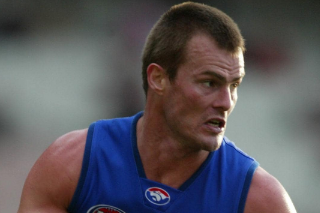 Life can be most unfair, and few would be more aware of this than former Western Bulldogs ruckman Luke Darcy, who was cruelly stiffed for a Brownlow Medal in 2002. By every other reckoning — those of his fellow AFL players and Football Media Association, to name but two — he was that year’s best and fairest without a doubt. But the umpires, who would soon be wearing the sponsored name and logo of the OPSM eyewear chain, didn’t see things that way and footy’s top award went instead to the Lions’ Simon Black.

After his retirement Darcy embraced a career talking sports on a Melbourne radio station, which is a further reminder that things which should be often aren’t.  That came just the other day, when Victoria Premier Daniel Andrews submitted to an interview with Darcy and co-host Eddie McGuire. It was a gab session he had every reason to surmise would be a piece of cake.

Every day around noon Andrews fronts the press and bats away reporters’ questions with what recent efforts suggest is a capacity for lying that would put a formally diagnosed sociopath to shame. Factor in that McGuire’s brother is a silvertail socialist who represents gritty Broadmeadows in the state parliament while residing in ritzy, far-away Brighton, and Andrews must have been as confident of an easy ride as he is of Victoria Police standing ready to kick down critics’ doors, harass elderly women on park benches and arrest pregnant ladies in their pyjamas.

It was not to be. In an articulate, passionate and fact-backed series of questions, the former ruckman came closer to exposing the Premier’s incompetence (except at dissembling) than all but one or two of the hacks who gather daily as court stenographers to the Sultan of Spring Street.

Darcy’s quizzing of the Premier (while microphone mate McGuire bites a diplomatic tongue) can be heard in full below. Listen and be reminded that it isn’t just the retired ruckman who had to settle for the less than he deserved. The rest of us,  mired in the daily farce of life in weary, locked-down, curfew’d Melbourne, would have been much better served had he taken up political reporting after retiring his Bulldog boots.

Click here for audio of Daniel Andrew’s blathering in the face of questioning the like of which he seldom encounters.