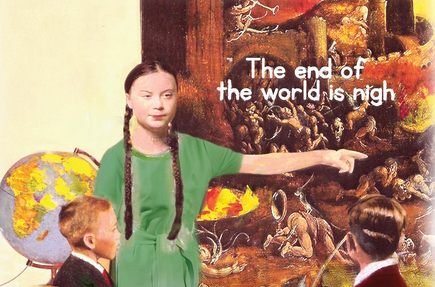 As forester Vic Jurskis notes  (at left) in his dismantling of the ABC’s latest attempt to portray the Black Summer fires as the result of global warming rather than chronic mismanagement of the bush, the national broadcaster isn’t worth much when facts and history are crucial. But every so often, blind pig-style, it turns up an acorn. Such was the case when the latest installment of This American Life which went to air on Radio National over the weekend. It is a remarkable piece of work, telling the stories of a formerly happy family that came down with a bad case of climate-change fever and fractured beyond remedy or repair.

Divorce, misery, a daughter who attempted suicide and, the root of this evil, a fanatic father who immersed all close to him in his own madness before going to jail for attempting to sabotage an oil pipeline. All family members tell their stories, including the lunatic father. And here’s the irony, as the US National Public Radio, which supplies the shows to RN, puts it:

So yes, climate change is real and most Americans believe that’s what we’re seeing around us right now. But there are people out there who look at the same evidence the rest of us do and take it to heart in a way most of us don’t. They have a wake-up moment.

In other words, the climate cause is just, but some people are apt to go just a bit too far. That’s the way The Greens would hear the show. Mentally sound listeners will walk away confirmed in their conviction that climate activists are mad as cut snakes.

The three-segment broadcast is compelling listening — not worth a billion dollars-plus per year, mind you, but it does rerepent at least some small return on Australian taxpayers’ investment.

Shorten on the stand