That ‘impact of colonisation’ again 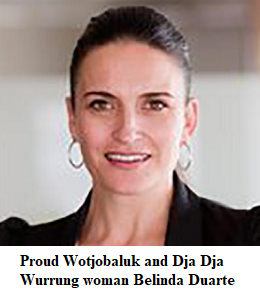 One of the nice things about Australian Rules Football has always been that the us-versus-them rough stuff stays mostly on the players’ side of the fence. Unlike soccer, there has never been the need to keep rival teams’ supporters apart. Indeed, for many of us, it’s a chance to catch up with old friends whose tribal allegiances reside with other clubs.

When the Western Bulldogs, my team, plays Geelong, the chances are good I’ll be sitting with a particular Cats supporter I’ve known since we occupied adjoining fifth-grade desks. Likewise with games involving other clubs, each an opportunity to renew bonds that go back decades. We watch the game, cheer goals, denounce the umpire or hail his wisdom (usually at the same time). Then we part as friends. It’s footy the way it has always been.

What I now write is painful because my Bulldogs, after whose 1954 half-forward, Roger Duffy, I was named, are the villains of the piece. A dark cloud of disgrace now hangs over Whitten Oval, which is awash with far more than a drizzle of oh-so-precious wokeist lunacy.

On Sunday, it was at the behest of Bulldogs board member Belinda Duarte, the proud “Wotjobaluk and Dja Dja Wurrung woman” (pictured above) and CEO of an outfit called Culture Is Life, that there will no longer be a minute of respectful silence for Queen Elizabeth before the AFLW women’s games.

“Whilst for many Australians it’s seen as appropriate to recognise the significance of the Queen’s passing, we must understand what this brings up for First Peoples, the impact of colonisation and what the monarchy represents to us and our families … This unearths deep wounds,” Ms Duarte droned to The Age.

Her Majesty’s passing was respectfully marked by America’s NFL, the international teams on the F1 circuit and, at home, by the AFL men’s teams. But due to the fuss raised by Ms Duarte, the AFL’s poobahs immediately exempted the women’s competition from any obligation to display even 60 seconds’ of decency and good manners.

It was almost Pavlovian, the speed with which the AFL responded: Ms Duarte rang the racism bell and AFL CEO Gillon McLachlan once again slobbered political correctness all over the competition. Honouring the Queen is beyond the pale, apparently, but it’s noble to take a knee in mourning for a drugged-up career criminal in Minneapolis, as all AFL teams did when Black Lives Matter was the cause du jour.

Bulldogs sources have since said the club has been on the receiving end of what one told me this afternoon (Sept 12) was “a lot of anger and demands that she be shown the door.”

As for the amity that exists amongst rival barrackers in the stands, there are ominous signs a new kind of anger is eager to slip through the turnstiles. While supporters of rival clubs still get along just fine, after an Indigenous Round match at the MCG this year, a bloodied patron was rushed to hospital with a fractured skull.

According to police, the beating was administered with a didgeridoo.