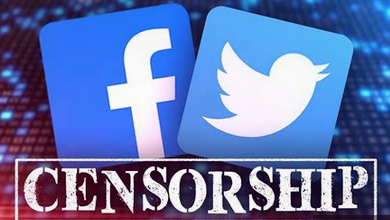 Would it be too much to assume that many, almost certainly most, Quadrant readers and visitors are of the view that taxes are necessary but should be kept as low as humanly possible, ‘soaking the rich’ being a policy that substitutes class-based spite for good sense, investment and growth.

Well ….. most of the time, but there are some deserving exceptions for a prolonged, full-immersion draining of every dollar not stashed in an off-shore account.

Take Mark Zuckerberg and Facebook, his social media behemoth, which recently banned a Quadrant subscriber for posting a link to the essay by Professor Robert Clancy which we published over the weekend, “COVID Vaccines’ Biomechanics and Efficacy“.

Professor Clancy, who has an alphabet soup of academic qualifications after his name, is no wild-eyed alarmist. Rather, as those who have read his piece will know, he is Emeritus Professor of Pathology at the University of Newcastle Medical School and a member of the Australian Academy of Science’s COVID-19 Expert Database. Yet somehow his Quadrant essay has been scratched from Facebook’s pages. The motive can be explained only by accepting Zuckerberg and his minions have both a narrative to advance and the unqualified power to silence all who beg to differ.

“You can’t post or comment for three days,” our reader was advised, this edict followed by a most unsatisfactory explanation:

This post goes against our standards on misinformation that could cause physical harm … repeatedly violating our Community Standards can cause further account restrictions.

Apart from insulting Professor Clancy as a source and peddler of dangerous “misinformation”, which no reasonable person could discern in his sober explanation of vaccines and their interaction with the coronavirus, Facebook’s arrogance makes a fine case for taxing to the point of screams those who gag and suppress in the cause of seeing no view but their own gets an airing.

US columnist Don Surber, writing on Joe Biden’s stated intention to gouge the rich until they bleed, is thinking along similar lines:

…actual conservatives have very few rich benefactors. They have many more billionaire oppressors.

Mark Zuckerberg used Facebook to silence Trump and other patriots opposed to the fascism rising from the halls of Congress.

Zuckerberg also paid off state election officials to rig the election in Wisconsin.

The Internet oligarchs are power-mad.

Corporate CEOs are so woke that they jump through every new hoop before the LGBT crowd have finished making it. Who do you think funds all the lefty organizations? Just today, the Washington Examiner reported, “Jeff Bezos’s ex breaks record with $275 million donation to Planned Parenthood.”

Governments never hesitate to impose sin taxes. Perhaps it’s time for something similar in regard to social media. Is there any greater wickedness than banishing dissenters while broadcasting your own lies, safe in the knowledge that you and yours are immune to oversight and restraint?