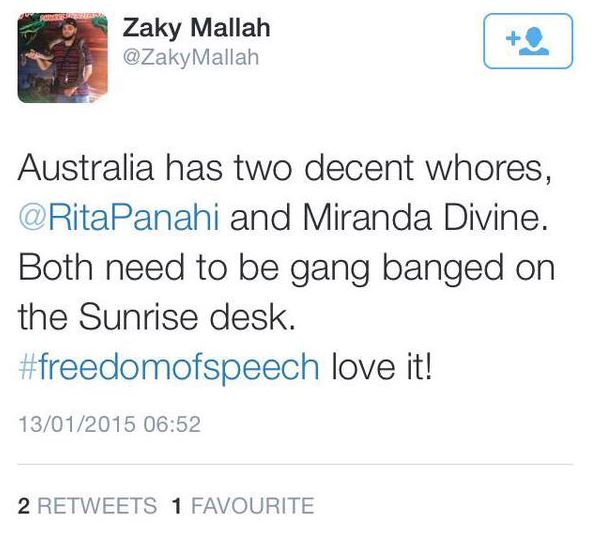 Whenever the national broadcaster does something irresponsible, stupid, partisan, corrupt, nepotistic, wasteful, dishonest, rude and/or vulgar — every other day, in other words — the sort of Labor/Greens voters who recognise Malcolm Turnbull as their kind of Liberal begin making excuses on its behalf.

Here are some fresh ones, ready to use. They are perfect for defending Q&A‘s decision to slip into its audience the author of the tweet above, even going so far as to shuttle him at taxpayer expense from Parramatta to the studio and back:

“Thank you for taking the time to write; your feedback is appreciated. For your reference, the ABC Code of Practice is available online at http://about.abc.net.au/reports-publications/code-of-practice-2014/

Should you be dissatisfied with this response to your complaint, you may be able to pursue your complaint with the Australian Communications and Media Authority, http://www.acma.gov.au .”

Tale of the tape