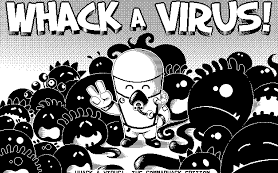 Remember all that talk in March and April about shifting the curve, about buying time to ensure that the public health system didn’t collapse? Well, it was all a lie.

Australia has been pursuing a COVID elimination strategy.

It turns out that the modelling that the Victorian government has been using was quietly published in the Medical Journal of Australia a few days ago. As always, I found that reading the actual modelling (or how it was done) revealed far more information than the government had been saying.

What particularly jumped out at me was this:

Society has largely rejected a mitigation response because of concerns about the likely high morbidity and mortality arising from such a response. On 24 July, the Australian Health Protection Principal Committee recommended “that the goal for Australia is to have no community transmission of COVID-19” (3), and on the same day Prime Minister Scott Morrison accepted and affirmed this recommendation, stating “The goal of that is obviously, and has always been no community transmission” (4).

Very broad use of the word “Society” in that sentence. Society is a word that should always make us very suspicious. The very next sentence tells us who “society” is in this context:  the Australian Health Protection Principal Committee.

A bookshop to avoid