He stands on his record 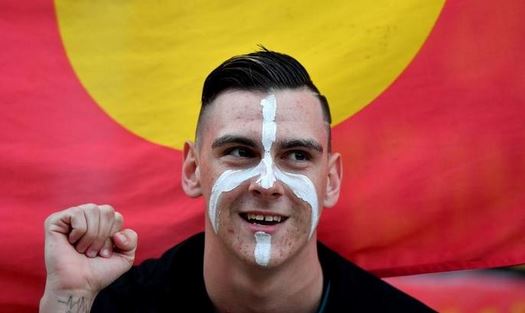 Dylan Voller (above), the oft-convicted pin-up thug at Their ABC, is drawing financial support via a GoFundMe page. It tells us that he

…has hit the road this week on a national campaign for justice and basic Indigenous human rights in Australia.

Dylan is on a journey “around Australia to meet people and share story’s (sic) gather ideas” and intends to “finish this trip and arrive in Canberra on invasion day, the day we suffer”.

All very inspiring and no doubt ABCers will be contributing generously, that being the least they can do after spooking a prime minister with their 4Corners beatup and consequently saddling taxpayers with the cost of a royal commission which recommended the closure of a youth detention centre that was being closed anyway.

But not all the contributions to the fund-raising page will be quite so valued by the young man who now sees himself as a champion of civil rights and racial equality. Two days ago, a poster going by the name of Shannon Petty puckishly added this information to Voller’s GoFundMe page and his public biography:

The GoFundMe page can be viewed via this link or the one below.