Stan Grant given a good tanning 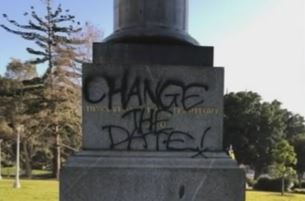 In the Weekend Australian the Inquirer section pulled together a fine collection of reactions and responses to Stan Grant’s simperings about the odious nature of Australia Day, Captain Cook and Lachlan Macquarie. Those without Australian subscriptions would not have been able to get past the paywall, but now that they free for all to read, Quadrant Online presents samples of each and links to all.

Aboriginal leaders hope for a significant change to the Constitution, and ABC journalist and author Stan Grant is becoming a central spokesman. Some critics wonder about his blunt observations, not realising that he is enlarging on dubious statements in textbooks and some university lectures.

This week he soared into fantasy. He lamented that indigenous people are “a postscript to Australian history”. In fact, an enormous amount of money and talent has gone into researching and teaching Aboriginal history in the past half century, thus increasing Aborigines’ knowledge and self-respect. He laments that Aborigines, “excluded” from the Constitution, were not even worth counting, but in fact a determined effort went into doing so, census after census.

Activists are demanding that the federal electorates of Batman and McMillan be renamed. This week, indigenous broadcaster Stan Grant suggested that inscriptions on Captain James Cook’s statue in Sydney’s Hyde Park be reworded. Sydney Lord Mayor Clover Moore is rubbing her hands in glee, having sent that idea off to the city’s Aboriginal and Torres Strait Islander advisory board…

…Where does this end? The truth is no one knows, but a few things are clear. First, too many people have turned away from liberal ideas that sought to unite us regardless of colour, religion, gender and other markers that divide people. And second, multiculturalism hasn’t worked out as planned….

In Grant’s view those words [on the base of Cook’s statue] said much more. “Yet this statue speaks to emptiness, it speaks to our invisibility,” he said of indigenous Australians. “It says that nothing truly mattered, nothing truly counted until a white sailor first walked on these shores.”

The inscription, of course, does not say these things…

There is also a cartoon by Kudelka that is up to his customary standard — a reminder, in other words, of how very much Bill Leak is missed.

For Keith Windschuttle’s demolition of Grant’s divisive opportunism and meagre command of facts, follow the link below.