Someone missed the memo 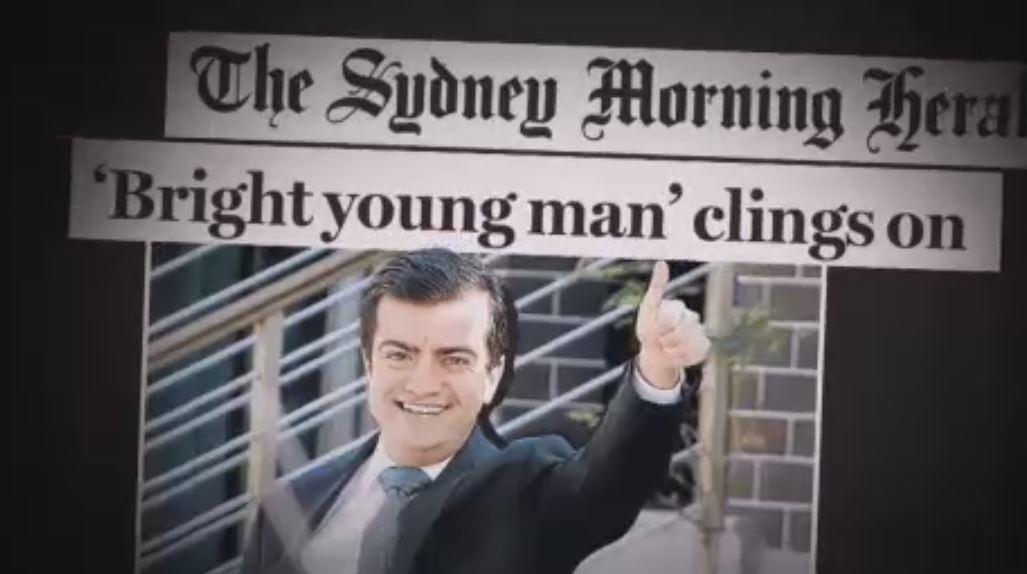 Like him or not, Prime Minister Malcolm Turnbull turned in a Logie-worthy performance on last night’s Q&A, presenting himself as honourable, resolute, brave, principled and amiably unflappable, even when stand-in compere Virginia Trioli threw up a barrage of interruptions specifically aimed, or so it seemed to this couch potato, at stopping the PM detailing the sums left on now ex-senator Sam Dastyari’s night table by Chinese sugar daddies.

Ms Trioli must not have received the memo that Dastyari was done like a dinner and could be safely thrown over. That is understandable, as there was quite a bit of confusion on Monday while Labor’s lords sealed their creature’s fate. Tony Burke, for one, invested much effort in defending his factional cobber, whose return to the spotlight after the initial round of disclosures had been aided in no small measure by Australian Story‘s rehabilitative effort, Playing with Fire — 30 minutes of soft soap that might easily have been sub-titled, ‘Yes, he makes your flesh crawl, but in a nice way‘. Mr Burke had this to say:

“I think the government’s being a bit crazy brave if they want to go down the path that when someone steps out of line, the punishment is immediate resignation from parliament.”

Fourteen hours later Senator Sleaze was gone from the red benches, so the compere’s frantic effort to gag an enumeration of Dastyari’s dalliances was wasted. Turnbull accepted the burbling gullytrap of his host’s interruptions with good grace. If the thought flashed across his mind that he might have done something when communications minister about the ABC’s pushing of agendas obvious and subtle an indulgent smile gave no hint.

The exchange, to be found at the clip’s 8.30 mark, will be enjoyed by all who rate regular compere Tony Jones the absolute master of the smooth and strategic derailment. His crown is in no danger.

The entire Q&A episode can be viewed via this link or the one below.