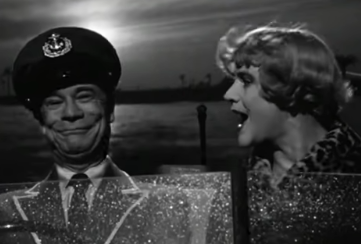 At The Pipeline, Michael Walsh reflects on our modern day Napoleons … or perhaps that should be Josephines:

…. this is the lunatic world we currently live in, thanks in large part to the tolerance brigade, which demands that normal people (and yes, there are such things) tolerate and even encourage mental illness on a hitherto unimagined scale—as a glance at the mentally ill people who post their psychological problems on TikTok and Twitter for all the world to admire plainly indicates. Never mind the damage this does to impressionable and insecure young people, some of whom have killed themselves after being pressured into “transitioning.”

Time was when demanding that humanity address you as Napoleon bought you a trip to the funny farm; today, psycho-sexual mini-emperors lord it over the rest of society and demand to be indulged and given prizes.

It seems some of those ‘psycho-sexual mini-emperors’, or their courtiers at any rate, have landed jobs vetting reader comments at The Australian, as Quadrant subscriber Kathleen Fry noted while passing along several of her rejected posts on the current transmania. One of them — a respectful observation, one would think if not a newly hired recent journalism school grad — is reproduced below:

A change in the current testosterone level requirement will not alter the fact that even with newer rules about transgender competitors women will still have to compete against a male’s broad frame, narrower pelvis, greater musculature and more capacious heart and lungs.  These all develop in males during puberty and continue into early adulthood to grow and change.

Men who ‘feel’ they are women are not actually women.  They should be treated with courtesy as per their desires where it is simply a matter of social acceptance of their personal choice.  But we need to be able to say, without censorship, that trans women are not born women in a physiological sense and they should not compete in physical events with born women.

Ms Fry isn’t the only one questioning The Australian‘s thinking in hiring a legion of woke censors to moderate the posted thoughts of a readership generally inclined to a conservative view of politics, society and the world.