Snakes in the grass 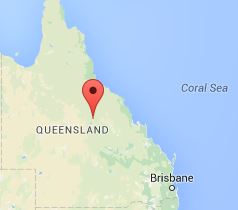 Steve Kates, friend of Quadrant and frequent contributor, marvels at the priorities of those dark-green types celebrating the disruption of plans to  begin work on Adani’s Carmichael coal mine, whose location is marked on the map above. Kates asks how “the rights” of the yakka skink and ornamental snake were allowed to trump “the welfare of 100 million people in India”, not to mention jobs and prosperity closer to home.

Good question, the stock answer being that, to quote the anti-mining activists behind the successful Federal Court challenge, the ongoing existence of both those unfortunate reptiles is threatened — a claim that might surprise the herpetologists who compile the Australian Reptile Online Database. Their map of the yakka skink’s distribution is marked in pink below, with confirmed sightings indicated by purple dots. It covers an area rather than larger than Adani’s planned hole in the ground: 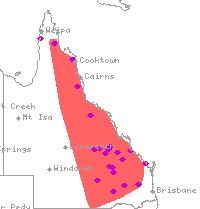 Same for the ornamental snake, whose turf is also marked in pink: 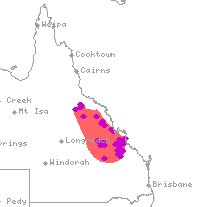 There is plenty of room in Queensland, a reasonable person might conclude, for reptiles and miners to co-exist. Sadly, while they are very organised, the extractive industries’ enemies are anything but reasonable. Follow the link below to see just how well organised, grimly determined and lavishly funded.

Hang on to your wallets