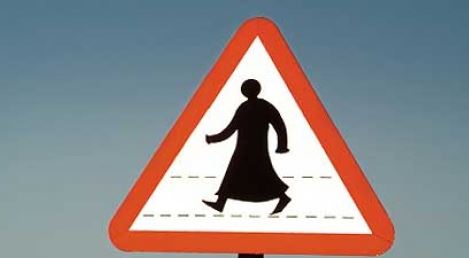 Ah, the joys of living in Melbourne, where the constant quest to cement the City on the Yarra’s reputation as ‘the world’s most liveable city’ invokes an exquisite sensitivity to the needs and yearnings of all our many demographic categories and sub-categories. Hence the new pedestrian ‘walk’ signs featuring the silhouette of a women striding boldly into traffic. Apparently, or so one gathers, legions of baffled ladies have been stranded on the kerb, unable to cross the street because they did not relate to the outline of a male pedestrian that formerly directed their footsteps.

Now that this shockingly sexist presumption has been remedied, what next next? In a word, trouble.

Consider the plight of transsexuals, who have been instructed by the Safe Schools curriculum to explore gender fluidity to the point where it may soon be necessary to re-name tuck shops, lest they be mistaken for centres of guidance in the art of genital obscuratanism. Where are the transsexual traffic signs, eh? No doubt they will be introduced in the near future, as the quest for social justice is a never-ending crusade.

And Presbyterians, what of their cultural needs? Surely we could adopt signs urging pedestrians to walk but never dance.

On Southbank, where the local ABC office makes its home, we will need to introduce walk signs that are not green but red. At the corner of Collins and Spencer streets, where the un-subbed Age is headquartered, the signs will need to say ‘WLAK’.

Clearly, the expense of meeting the needs and preferences of pedestrians of all varieties will be a costly exercise, so what to do?

Here is a modest proposal that advocates of multiculturalism, feminists and tokenists of all stripes are bound to endorse, as it will further encourage the cultural enrichment on which they are so keen. Atop this post is a pedestrian-crossing sign from Qatar that would be perfect for Melbourne.

Muslims will recognise one of their own and be happy. Women will construe the long robe as a dress and be no less satisfied. The figure’s short hair will please lesbians of the butch variety and, for that matter, short-back-and-sides crossdressers. What we will have is a simple, cost-effective palliative for the grievances of one and all.

That takes care of the ‘walk’ logo, but what of the ‘don’t cross’ signs? Below, an image to stop anyone but the visually impaired dead in the tracks. 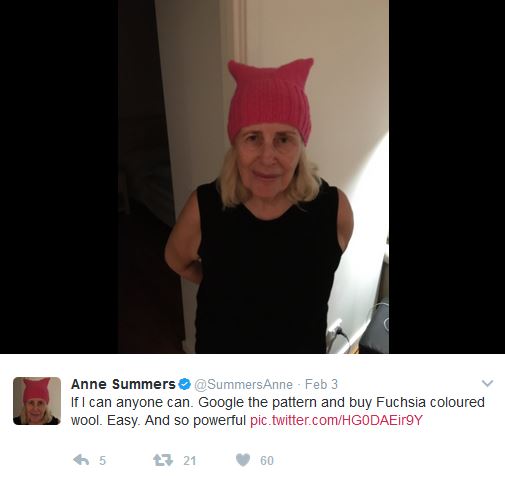 Despite the shortage of feminist-themed traffic signs, Ms Summers somehow managed to navigate the streets of Melbourne yesterday and nail her Women’s Manifesto to the door of the Victorian Education Union. It is not known if she was wearing her “so powerful” pussy hat at the time or, for that matter, why the teachers’ union HQ, rather than, say, a Wahabist mosque, was the target of her hammer blows. But not to worry, as she has still done Melbourne a potential favour.

Should scofflaw pedestrians ignore our new and politically correct street signage they could be offered the option of paying the $150 penalty or reading Ms Summers’ latest manifesto, as Quadrant Online readers can do by following the link below.

Given that choice, one suspects the municipal coffers will not be significantly diminished by any shortfall in fine revenues.

Bravehearts of the left