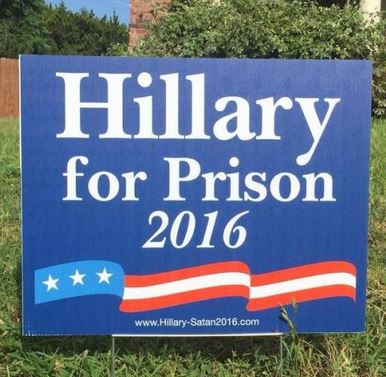 If you missed backing the winner of last week’s Melbourne Cup, here’s one observer’s hot tip to recoup that lost investment: Donald Trump on Tuesday, November 8

Wishful thinking? Perhaps, but also based on the pervasive presence of Trump ’16 signs observed on a 1500-mile road trip that began last Tuesday in Fort Lauderdale and has now reached Gettysburg, en route to Washington DC and Election Day. The tally of signs so far, including several similar to those pictured above:

Mind you, in last Tuesday’s big race, this punter’s money was on Oceanographer.

The latest Betfair board can be reached via the link below.