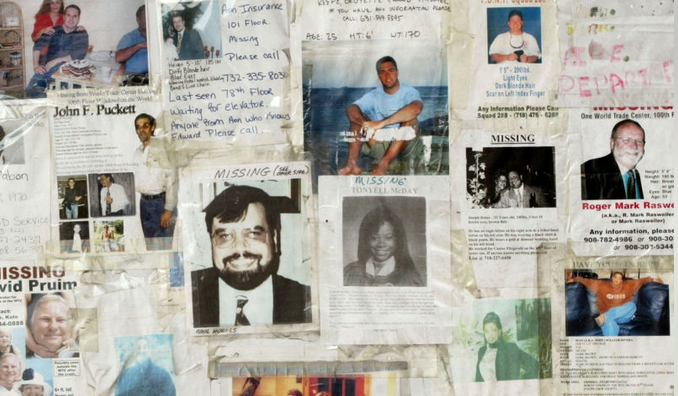 The ex called from New York this morning, not quite sure why she wanted to hear my voice other than the certain knowledge that I, too, would be thinking of what happened 20 years ago. She felt that remembering what we shared and saw that day and later was, well, our private memorial to all that was lost.

What she most recalled — funny thing how little details stick — were the pleading signs taped to every lamp post, each with a picture of someone who was missing. Have you seen this husband, that wife, our daughter, they asked, last seen at a desk in the World Trade Centre? Those handbills were up for weeks, slowly growing tattered and stained in the muck of Manhattan’s air. The hope that anyone might have survived the Twin Towers’ collapse faded much sooner.

Me? I remembered running from the apartment near the UN to the Catholic parochial school in the East 30s where our son, Ned, was in Grade 7. The staff had ushered all the kids into the basement where, children being children, they were screaming and yelling and running about. When I got there to collect him, there was the white noise of a rookery rising out of the basement.

The fruit of my loins wasn’t there, however. Instead of going downstairs he had slipped out of school and was sitting on a stoop near the corner of Second and 28th Street, watching the refugees head north on foot and refrigerated trucks from the Hunts Point Market going south to collect what authorities assumed would be a lot of bodies. There weren’t. The dead were mostly pulverised in the collapses, then cooked for months in the smouldering rubble. Here a finger, there a foot — that was all for the most part ever found.

And those kids having fun in the basement at the novelty of it all, the tragic irony of their laughter.

It was a working class school and a lot of the kids’ fathers were cops or firemen. Many of those kids wouldn’t see their fathers ever again. One of Ned’s classmates fathers, a smoke-eater, turned out to be a bigamist who had two separate families, each oblivious to the other’s existence. The two wives met for the first time by his coffin. In the other Grade 7, four kids were being orphaned as they played at dodgeball and swapped baseball cards.

For a year afterwards the Epiphany church on 22nd Street never had less than one coffin in the nave. When Ned was Confirmed that year, they had to move three coffins to the side so the kids could line up for their slap on the face.

Strange days. And then came the anthrax letters.

Belatedly, the sound of crickets

Hope for the CSIRO