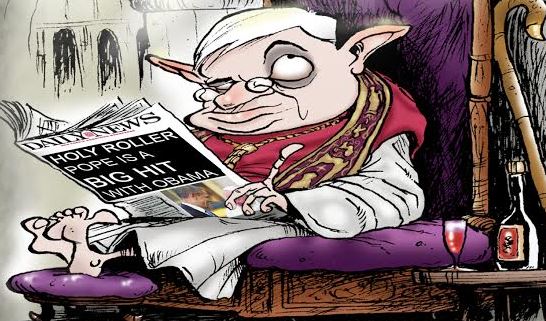 Pope Francis’ pronouncements on a variety of topics have come as a surprise, leaving many to wonder where he is leading his flock.  His views raise no eyebrows, however, among the clique of cardinals who saw the need for Rome to change tracks, oppose capitalism, canoodle with Gaia and say not too much at all about the oppression of his Christian brethren in Muslim lands.

Follow the link below for Zeg’s Take, plus Rod Dreher’s reporting on the self-dubbed “St. Gallen Mafia”, which set out to see the conservative Benedict replaced by a Pope imbued with the liberal views they apparently believe are no less key to salvation than Sanctifying Grace.