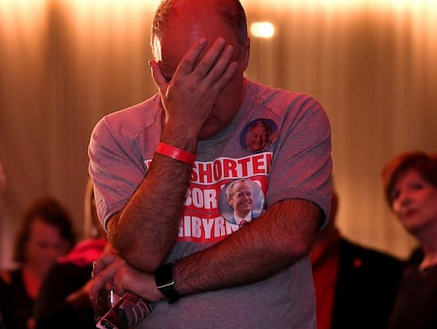 Whilst getting the broad outcome of the Federal election right in my May piece for Quadrant Online,  “The Comfort of History“, I was sadly wrong in my prediction Tony Abbott would retain Warringah, although I did point to some ominous signs:

The richly funded GetUp campaign is unusually concentrated in the affluent suburbs within Tony Abbott’s electorate of Warringah, where we see a large contingent of affluent professionals, plus the university-educated children of the affluent middle class, spurning the ‘carbon economy’ basis of their own wealth.

I believe Tony Abbott will win the battle to retain his seat, but the campaign underscores both the effect of the Left’s march through the institutions and a partial breakdown of the old socioeconomic  alignment in Australian politics.

I underestimated the extent of the frivolous virtue-signalling of all too many well-heeled voters in Mosman and Beauty Point etc, simultaneously being reminded of William F. Buckley’s famous quote, “I’d rather entrust the government of the United States to the first 400 people listed in the Boston telephone directory than to the faculty of Harvard University.”

There is certainly more common sense among the battlers in Dickson and Longman than among all too many of the doctors wives, bankers and high paid economists in the exclusive suburbs in Warringah, Kooyong and Higgins. In the two Melbourne seats, the Liberals survived largely because their opponents were stark raving bonkers. In Kooyong, Greens candidate and multimillionaire Julian Burnside openly advocated the reintroduction of death duties. Presumably, his 21.38%  vote included a fair number of the upper crust.

Lenin is quoted as saying, “the capitalists will sell us the rope with which we will hang them”. It seems quite a few upper class twits are happy to donate the rope.

Back in Warringah, Zali Steggall sort of pretended that she was a Liberal on all but climate change. In reality, as emerged during her campaign, she had been a Greens elitist all her voting life. As for the rest of Australia, her supposed idealism requires the poor, especially, to feel the pain of higher electricity prices.  In the hour of her triumph on Saturday night, you could sense among her crowd of Anglo, private school educated, affluent supporters that smug, condescending, morally superior, “we know best attitude”  which was such a turn off to the rest of Australia.

We should be worried about the rot among our socio-economic elite. But for now, we should be happy that ordinary Australians — “the normals”, as they might be called — have told the elitists to toddle off and have a latte.

One thought on “Reflections on May 18”

The ‘Emu War’s’
wealth of targets