Random thoughts on
Her Majesty’s funeral 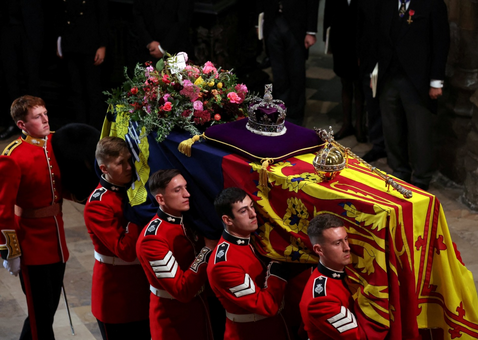 Some random thoughts on Her Majesty’s funeral.

Firstly, it is ironic, is it not, that republican “Tory fighter” Anthony Albanese should have represented Australia on this historic occasion, an event 70 years on the making?  And that he will also represent us at the coronation of King Charles III next year.   The best that Albo’s supposedly conservative predecessor Scott Morison could manage was to effectively scuttle his re-election chances by grandstanding at the Glasgow COP26 summit. Talk about role reversal.

Secondly, I was intrigued to note that Prince William wore only a standard RAF service dress uniform bearing his rank of Squadron Leader, rather than, for example, his gorgeous uniform as Colonel of the Irish Guards.  He was, however wearing an aiguillette, which suggests he was attending as a personal Aide-de-Camp to Her Majesty, a position to which he was appointed in 2013. If that was his choice, it indicates a degree of personal modesty that bodes well for his future as our King.

On the other hand, he may have been directed to wear this uniform, possibly as a sop to his uncle and, more particularly, to his brother. If so, it failed. I was not the only one to observe Harry’s less than enthusiastic rendering of the National Anthem. Harry was defended by some suggesting he was too overcome by emotion to sing properly.  It didn’t seem to stop him singing The Lord is my Shepherd.

That said, I think it was churlish not to allow Andrew and Harry to wear the uniforms of their regiments with the ranks they achieved.  Every other retired officer wore ceremonial uniform.  After all, Andrew and Harry are the only two who have actually served their country in combat.