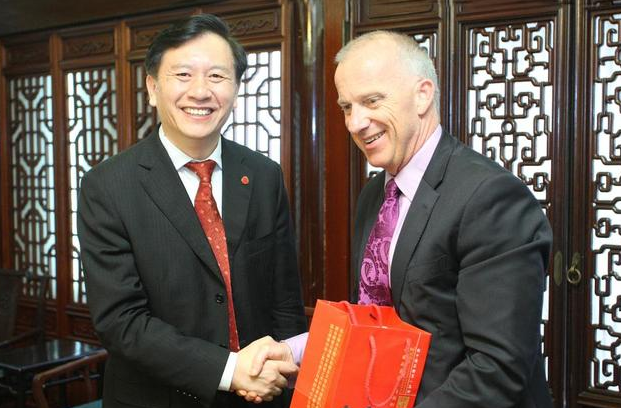 Back when millions of dollars in Ramsay Centre funding were on the table, University of Sydney Vice-Chancellor Dr Michael Spence wasn’t too keen, telling a Q&A audience in June 2018 that he would not tolerate “a propaganda course of any kind”.

“We don’t think a course that evaluates the contribution of western civilisation makes sense, nor indeed a course that compares civilisations … If there’s an opportunity for funding for study in the humanities, that’s a conversation we’ve got to have. The question is, on what terms we can have it.”

One wonders what “terms” Dr Spence thought acceptable when Sydney University accepted Chinese government money, and lots of it, to host and integrate its Confucius Institute, whose study program is dictated straight from Beijing. According to today’s SMH, raising an eyebrow at such funding verges on racism:

“We have to be careful that the whole debate doesn’t have overtones of the White Australia Policy,” he said.

‘A bunch of girls’