As the profit wills… 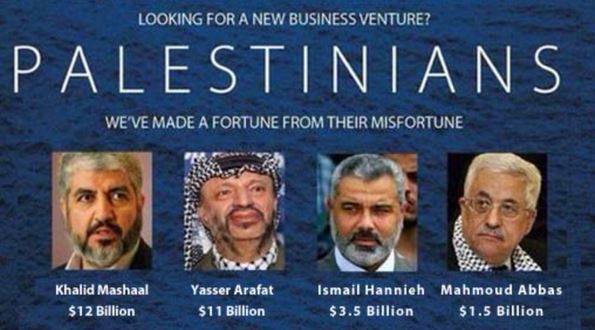 Roger Simon reflects on the latest US peace safari to the Middle East, this one featuring White House envoys Jared Kushner and Jason Greenblatt:

…the Palestinians and the [North Koreans] do have much in common.  They create crises and threaten to blow up the Middle East and/or the world in order to extort as much money as possible from the West, including the ever-generous Uncle Sam, only to knife him in the back and start all over again.

So what are Messrs. Kushner and Greenblatt to do?  At minimum, start over, don’t repeat the Oslo pattern, and heed the words of H. L. Mencken who famously said, “When they say it’s not about the money, it’s about the money.”  And, boy, this is about the money.

The Palestinians will, of course, scream. They will wail about their poor, suffering people, Gaza, etc.  Kushner and Greenblatt should tell them to sell their fancy suits and Mercedes and empty their Swiss bank accounts if they’re really so worried about the poor Palestinians. That will shut them up fast.

And if they threaten violence, which assuredly they will, rattling on about a third — or is it fifth — Intifada, just shrug.  The IDF exists for a reason.

Simon’s column can be read in full via the link below.

That cartoon, a year on

Coherent as cats on a keyboard