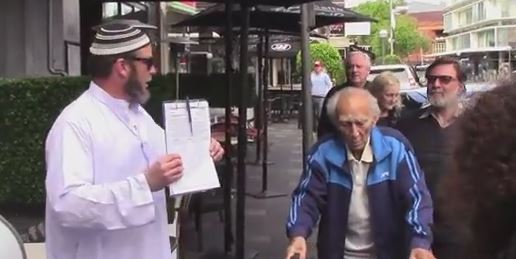 Brevity is the essence of wit, so this video of protesters in Muslim drag demanding that Malcolm Turnbull and his  Eastern Suburbs neighbours reject racism by accepting thousands of asylum seekers is somewhat diminished by its extended length. All the same, the clip has its moments.

“We want to share the multiculturalism,” says the group’s apparent leader, “the diversity, the cultural vibrancy, the drive-by shootings.”

Such is some Australians’ rejection of otherness that, while the protesters drew a squad of police and the supervision of a circling helicopter, their petition attracted but a single signature.

The clip can be seen in full via the link below.

Barbarians at the gates