A piece of work 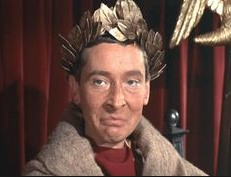 According to the Hansard, the last prime minister before the current one was a certain Malcolm Turnbull, who often spoke of “my government”  and sought to give the impression that he was fully in charge of the seat by the dispatch box where the buck is said to stop. The “Turnbull Liberals” and “Team Turnbull” certainly left many with that impression. But apparently that wasn’t the case, as a report in The Australian quoting the New York exile makes clear.

That $440 million for preserving the Great Barrier Reef which has caused such a fuss? Well he had nothing whatsoever to do with it. Nope, not a jot. Even though various members of the body’s board are acquaintances of Mrs Turnbull — indeed, one has been entertained in the Harbourside Mansion — handing that vast sum to a body which hadn’t asked for so much was the fault of … yes, you guessed right … someone else.

A number of people, actually:  the current PM, his Treasurer and the Finance Minister, all of whom gave him the sort of loyalty he appears incapable of showing to anyone but the face in the shaving mirror. The Australian quotes his letter to one of the sillier Greens, which is saying something, Senator Whish-Wilson (emphasis added):

…the Treasurer (Mr Morrison) and Finance Minister (Mathias Cormann) were open to funding a substantial package for the reef so long as it was expensed in 2017-18,” Mr Turnbull said.

This was because government revenues were promisingly strong in 2017-18 and they believed the budget in that year could accommodate the substantial investment proposed for the reef. However, that may not be so in subsequent years.

… In terms of the meeting on 9 April, the Minister asked me to join him in a meeting with Mr Schubert to establish the  willingness of the Foundation to participate in the Partnership. I attach some notes provided to me prior to the meeting. I assume they were prepared by departmental officials with input from my office, but they set out what I was asked to discuss…

In the next epistles from Central Park West we can expect to learn how Tony Abbott stabbed himself in the back and someone else insisted Australians must light their homes with expensive, mercury-laden “green” Turnbulbs. As to those chic French submarines, they were ordered without his knowledge by Christopher Pyne (whose phone was probably hacked once again when the order was placed).

And the Australian people? We failed him by being unworthy of such greatness.

For The Australian‘s report follow this link or the one below.