Finally, President Obama has put away the putter and turned his attention once more to the Middle East — although the early and firm indications are that this latest immersion in the bloody realities of the region will be no more astute than his earlier diplomatic and military forays.

You remember those, surely? To demonstrate US resolve, Obama bowed low before the despot who runs Saudi Arabia for the benefit of of himself, his extended and incestuous clan and the oil-financed Wahabist missionaries inflicting the toxins of fundamentalist Islam on a wider and infinitely more civilised world.

To explain the murder of Americans in Libya, including the US ambassador, he blamed a YouTube video, rather than Islamic revolutionaries he pointedly refused to hold accountable.

And now, having ignored warnings for months, the resident community organiser at 1600 Pennsylvania Avenue is finally stating his intention to do something about ISIS.

The Weird Beards must be he shuddering in their curly-toed caliphate footwear! 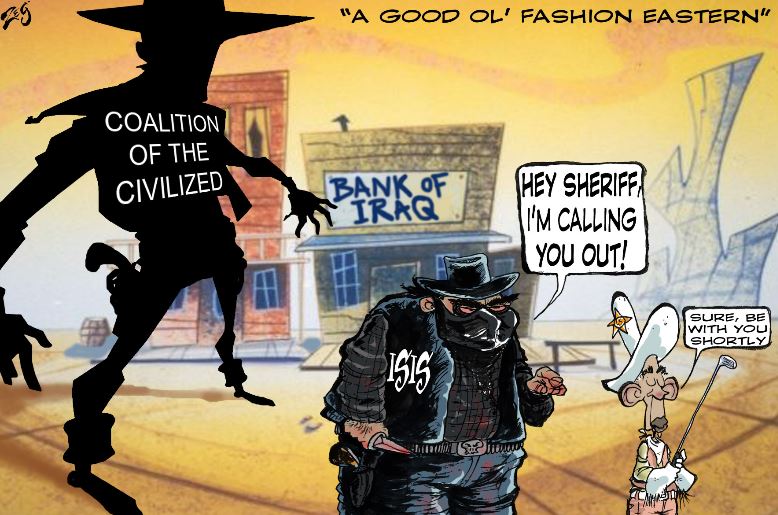