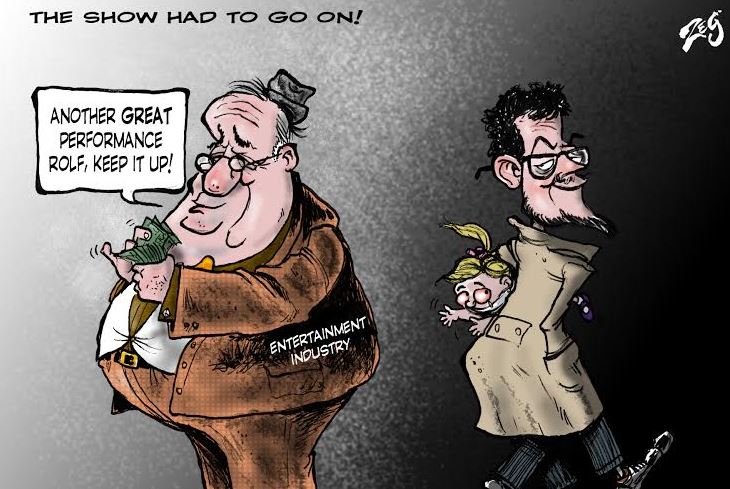 If you take Rolf Harris’ now-former friends in the entertainment industry at their word, they had known for years about his wandering hands, roving eye and unshakeable interest in sweet young things.

Yet, somehow, not one of them ever managed to say a harsh word until a jury handed down its verdict.

But that’s showbiz. Never a shortage of greasepainted luvvies eager to lend lend their celebrity to causes like global warming, gay marriage, animal rights and, well, you name it.

But point the finger at a known molester? That just isn’t in the script.