Something Wick This Way Comes

Want to banish the evening’s darkness with the glow of those special, vigil-night candles that burnish with their glow an already elevated sense of self-esteem? Simple! Grab an issue — this week’s catalyst for moral preening is, once again, boat people — and all the usual suspects will turn out to denounce the Coalition, accuse Immigration Minister Scott Morrison of Nazi tendencies and assure each other that they are so much better than other Australians, bigots and racist swine one and all.

Well, everyone must have their fun … including Zeg, who has a little sport with Christine “Red Queen” Milne. 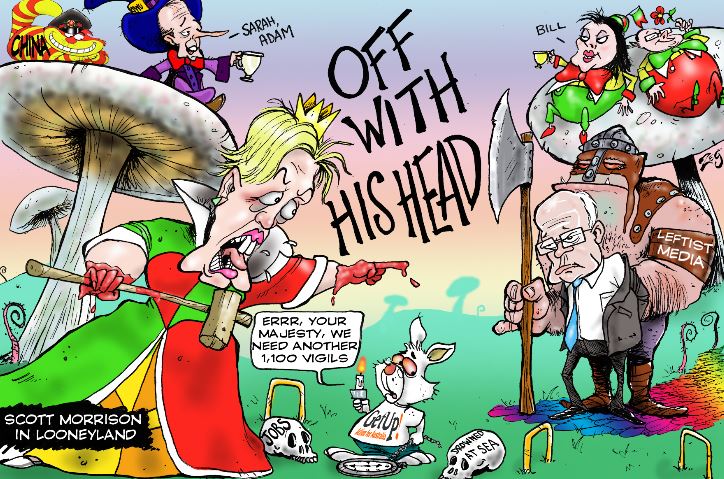 Funny thing, but does anyone remember a candlelit vigil for the 1000-plus souls known to have perished on the voyage to Christmas Island?

The arrogance of youth