Hawke’s Temple is Missing Something 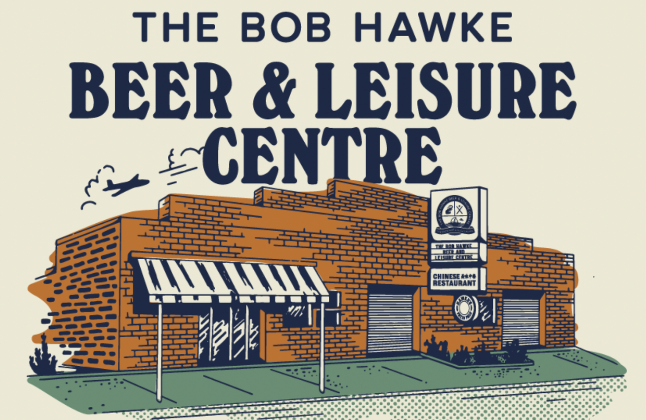 The ranks of the Christian faithful in Australia have dwindled, according to Census 2021, but members of this new minority group can take comfort in the news that, at least for a short while, a prominent Australian always counted among the undecided did eventually join in believing the promise of Life Hereafter. This revelation came in a recent homily delivered on a Pentecost Sunday at St Mary’s Cathedral by Bishop Terry Brady, Australia’s very own liberation theologian. The Mass began, as Bishop Brady’s Masses always do, with a tiresome and jarring Welcome to Country.

This is a personal peccadillo of Bishop Brady who feels no need to wait for the imprimatur of the Plenary Council, which in July 2022 will consider whether every Mass said in Australia will begin with acknowledging Aboriginal elders, past and present, ahead of any reference to the Father, Son and Holy Spirit.

Over the years I have grown familiar with Bishop Brady’s woke agenda on his irregular visits to say Mass at St Marys. He is always banging on about climate change and ‘social justice’ – an unfortunate obsession for a priest who struggles with sibilants.   The regular churchgoer develops a familiarity with the different approach that each priest, bishop, archbishop or cardinal will take to their allotted time addressing the congregation. Some spend hours researching liturgical history to develop detailed arguments in support of and to expound on specific readings from Scripture. Bishop Brady is not one of these. His rambling homilies typically begin with something that happened last Tuesday, or perhaps a Tuesday in 1962, and continue on via a series of unrelated anecdotes until concluding, minus any dialectic resolution, quite some considerable time later.

When Bishop Brady begins his address, those who have taken advantage of $15 fixed rate Sunday parking in the Cathedral carpark settle comfortably into their pews. Those who thought themselves lucky to find a rare metred spot on the street, and have fed in the minimum number of coins required for an expected hour-long Mass, contemplate that this may now represent a false economy.

On this particular Sunday, His Excellence began with some reflections on his life in the church, which included a period of travelling around NSW as an itinerant bishop with no permanent diocese — a roamin’ Catholic, if you will. Considering he was appointed Auxiliary Bishop by George Cardinal Pell and, given their divergent political and social viewpoints, it may have been no mere accident that he spent a considerable amount of time away from Sydney.

The homily then moved on to a discussion of his early life at home in Sydney’s eastern suburbs, in an Irish and Irish-Australian household where only Gaelic was spoken. At this point I began to lose focus and invoked the typical strategies of a weary Mass-goer: scanning this week’s notices in the Mass Bulletin, studying the nearest stained-glass window to figure out what Biblical story it may be depicting, and finally contemplating whether it is a mortal or venial sin to take a toilet break during an active homily. Thankfully, I did not reach the point of potential transgression as His Excellence launched into a new anecdote with which he had apparently regaled a visiting priest the night before.

“I remember the time Bob Hawke called Cathedral House shortly before he died and asked to see me. So, I headed over to his home at Middle Harbour,” His Excellence began.

This was a most unlikely development, and my attention was now undivided. Bishop Brady explained that his father had somehow known Bob through the union movement, and Hawke confessed he was impressed by his father’s deep and strong faith. At the time he called Cathedral House, the former prime minister was seriously ill and only a few short weeks from death. According to Bishop Brady, Hawke told him he had two wishes, he wanted to share the faith of his father and also to be able to attend his grandson’s wedding, which was happening a few short weeks away.

“He received both,” Bishop Brady noted.

And that, as they say, was that — an interesting anecdote and fascinating footnote to the life of a renowned and much storied prime minister who maintained agnosticism throughout his life after renouncing his Christian faith post-university. He was, of course, the son of deeply committed Christian parents, his father being a Congregationalist minister.

Bishop Brady did not reveal whether Bob undertook a final confession on that day in Middle Harbour, although given the revelations of Troy Bramston’s Bob Hawke Demons and Destiny  we can be confident this would have required multiple priests and a large team of patient stenographers.

The bishop’s visit with Hawke must have been in April or May 2019. Troy Bramston writes in his book’s preface of sitting with Hawke on the balcony of his home in Middle Harbour some months earlier, in February 2019. “This was to be Hawke’s last interview,” (with a journalist, perhaps) Bramston noted.

“It was deeply affecting to see Hawke ready, even eager, to let go. This son of the manse did not know what afterlife there might be. He had long been agnostic, but never an atheist.”

THREE years after our priapic ex-PM’s passing the Hawke legend shows no signs of diminishing.  A pub near where I live has a massive caricature of Bob that stretches the full three-storey height of the building, advertising Hawke’s Lager. Bob is shown quaffing a cold one alongside the celebrated quip, now a slogan, muttered by a bystander as he demolished a beer at the cricket in 2012, “One for the country, Robert.”

During Tony Abbott’s period in office, he was filmed knocking back a schooner at Sydney’s Royal Oak Hotel. One of the shrieking harpies from the Sydney Morning Herald immediately rushed into print declaring “there’s something about the skol that doesn’t sit quite right”. Of course, she chose to use the ineffably pretentious term ‘skol’ instead of the standard Australian expression, ‘scull’.

At the newly created Bob Hawke Beer & Leisure Centre in Marrickville, the walls are literally crawling with portraits of Hawkey sculling (not ‘skol’ing) for dear life. Constructed within the actual brewery that is producing his eponymous lager, the centre is built like a movie set in some Seventies vision of Australian suburbia. It includes a bar and Chinese restaurant. Local member and newly minted PM Anthony Albanese, along with Bob’s widow, Blanche, recently showed up to give the place their blessing. It is a big hit across the generations, including those who were born well after the Hawke prime ministership and are likely unfamiliar with the 70s and 80s soundtrack that plays throughout the venue. On weekends, apparently, the queues snake around the block.

I took a mate along to get the full experience. We were hoping to enjoy lunch in the Lucky Prawn restaurant but even on a Wednesday the place was packed, so we had to make do with a couple of pints of Hawke Lager and some prawn toast, spring rolls and dim sum from the bar menu. The prawn toast was pretty good, but $65 for that lot seemed very much pre-Accord pricing.

From a separate upstairs lounge, dubbed the Sanctuary Cove, you can see right across the brewery with its gleaming stainless-steel vats and pallets stacked with Hawke Lager. Out behind the bar is the RJLH Pool Room, which also houses the Bob Hawke photo & memorabilia gallery. It’s all there in display cases bursting with iconic items from the Hawke era: the America’s Cup jacket, Bob playing cricket, Bob drinking beer, a yard glass, Bob drinking another beer, etc.

There appears to be room for expansion as the Beer & Leisure Centre only occupies a small portion of a large industrial space which also includes the brewery. Given the revelation from Bishop Brady, it would not be inappropriate for the owners to consider including a small chapel as part of any future extensions.

Walter Waverley is the pseudonym of a Sydney journalist and businessman who prefers anonymity to grief from his woke neighbours, friends and clients

The Wentworth Liberal Who Went Rogue