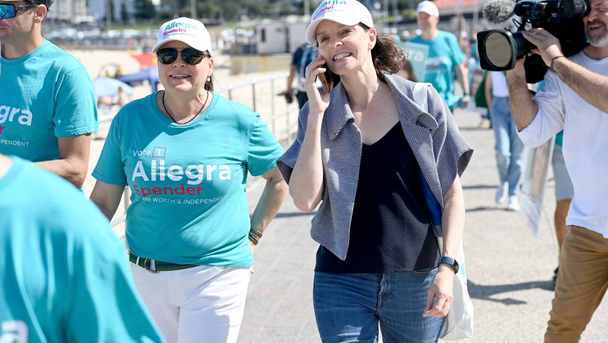 Ms Spender is eager to receive your txts and questions

There is one room in the house where I refuse to answer my mobile phone, no matter who is calling. I have an uncouth friend, a plumber, who fails to observe a similar etiquette. On occasion I will call him to discuss a critical issue relating to the 40-20 rule or learn the latest Rugby League gossip he has picked up while bench pressing at Spudd’s Gym, but the instant he answers the phone, his exact location is betrayed by the echo of his voice bouncing off tiles.

Even if I am seeking free advice on an urgent personal issue such as a blocked sewer or rattling pipes, I hang up immediately and am tempted to wash both the phone and my hands with a strong disinfectant.

Despite his disgusting habits we remain good friends. I once asked him if there was a single mate of his who had never asked him for free advice on a domestic plumbing issue. He said, no, they all do eventually. I am sure it’s the same for doctors and lawyers.  Writers and journalists are generally free of this burden, having no particularly useful skill to offer.

But I digress. I was reflecting on this as I was in just such a location on Saturday when I received an unsolicited text from my local independent candidate, Allegra Spender. Unfortunately, it is not possible to suspend incoming SMS notifications while on the khazi, so I was forced to deal with this intrusion in parallel with the matter at hand. Remaining seated, I perused the contents of Allegra’s text, in a state of great bewilderment as to why I had been so honoured. It read as follows:

Hi, I’m Allegra Spender. Our businesses, families and future are under threat from a government that is out of touch.

Given my whereabouts and the nature of the task with which I was presently occupied, I immediately texted back a simple single word issue of concern, ‘Privacy’.

Give it another go. Ensure words are spelt correctly and keep it to 1 or 2 words: like ‘independents’, ‘refugees’, ‘women’, ‘LGBTQI+’, ‘health’, or ‘education’.

The first sentence of her reply was immediately helpful, but the second seemed to portray a disturbingly narrow set of priorities for someone seeking to represent me in the Lower House. Once I had moved to a more hygienic location, I took up the invitation to ask Allegra or her robotic minions for her thoughts on solutions for some of the major issues facing the electorate of Wentworth and, indeed, the entire nation.

‘Energy Prices’, ‘Home Ownership’, ‘Petrol Prices’, and ‘Budget Deficit’ all returned an identical response to my query regarding ‘Privacy’.

Give it another go. etc…

A disturbing vacuum at the heart of Ms Spender’s Policy platform was quickly emerging as an area of concern.

I chose to continue peppering Allegra with additional terms, but each one of the following queries on some critical industries received the same unhelpful response, ‘Mining’, ‘Iron Ore’, ‘Construction’, ‘Manufacturing’, ‘Science’, ‘Oil Exploration’. Nothing got a bite.

Deciding to broaden my agenda I eventually got one to take, an inquiry about ‘Agriculture’ received the following illuminating reply:

Valuing diversity is the cornerstone of a successful, prosperous and inclusive multicultural nation. That means respecting LGBTQI people, supporting the social and economic empowerment of our First Nations citizens and welcoming migrants and refugees.

I will help ensure Australians living with disability are fully included in the social and economic fabric of our society, working with the National Disability Support Scheme (NDIS) to achieve positive outcomes and sustainability.

I have more detailed policies in these areas. If you’d like to read them, text back ‘LGBTQI”, ‘Indigenous Australians’, ‘Refugees’ or ‘NDIS’.

How this response would assist somebody operating a combine harvester or running a herd of dairy cattle seemed difficult to imagine.

Allegra’s LGBTQI (with or without a +) fixation was becoming more and more transparent so I decided to text back some relevant terms to gain some more detailed policy perspective: ‘Leather’, ‘Rubber’, ‘Duct tape’, ‘Puppy play’. Not a sausage.

Even mixing and matching some of her priority items failed to achieve an outcome, a query on ‘Gay disabled refugee’ was unsuccessful. I narrowed the query to simply ‘Gay refugee’ and scored a hit.

I value diversity as the cornerstone of a successful, prosperous and inclusive multicultural nation. I know our community does not want cruel, divisive debates about trans people and I’ll always stand up against transphobia.

I was disappointed that Scott Morrison stood by Katherine Deves, his captain’s pick for Warringah, despite her many divisive comments hostile to the LGBTQI+ community.

How this related to the refugee issue was difficult to see. But given her gratuitous attack on Warringah’s Liberal hopeful, Katherine Deves, I was expecting a comprehensive reply to my follow-up query as to her position on ‘Transgender women athletes’ and ‘Gender dysphoria in children’, but once again, “Give it another go. etc…” was all I got.

Fine tuning the “gay refugees’ query down to simply “Refugees” evinced a reply, the usual progressive blather about offshore detention and the Murugappan family, but subsequent inquiries about ‘Illegal immigration’ and ‘Boat people’ went unanswered.

If Allegra is successful in unseating Dave Sharma in Wentworth, once in Canberra she may discover she is expected to consider questions other than which float to ride on at Mardi Gras.

Her current policy platform does not appear to show much evidence she is boned up on issues affecting Australians who live beyond the boundaries of her own electorate. Each of the following queries failed to achieve a response: ‘Diesel rebate’, ‘Water supply’, ‘Roads’, ‘New dams’, ‘Mouse plague,’ ‘Feral cats’, ‘dingoes’

However, Allegra is deeply concerned about the ABC.

Australia has some of the most concentrated media in the world, and it’s letting us down. As our national broadcaster, the ABC plays an essential role in supporting a healthy democracy at home and showcasing the best of Australia abroad. This government has consistently undermined the independence of the ABC, cutting its budget by more than half a billion dollars since 2014.

We need to invest in the ABC and the SBS to encourage diverse, quality media. This includes restoring the ABC’s budget, investing in its international and regional reach, and protecting its editorial independence.

A text query on ‘Media bias” received no response.

I decided to move onto issues of faith. There was nothing divisive from Allegra on ‘Abortion’ or ‘Euthanasia’. In fact, there was nothing at all, so I am none the wiser in knowing at which stages she determines that a human life can be snuffed out. From a query regarding Christianity, I learned the following about her:

I do not support the Morrison government’s Religious Discrimination Bill because it tries to privilege certain religious views to the detriment of LGBTQI+ people, women, minority faith communities, and people with disabilities.

I could almost see her avatar performing a massive head tilt as I read this response. I decided to zoom in on one of those minority faith communities Allegra is so concerned about, but a query regarding ‘Islam’ was unsuccessful. Ditto for searches on ‘Arranged marriage’, ‘Genital mutilation’ and ‘Pack rape’.

By now my thumb was growing tried and I had little to show for my SMS back and forth with Allegra and her texting bot. I tried a couple of final searches on terms that have been front of mind for me recently: ‘Solar panels’, ‘Strata plans’ and ‘Hypocrisy’. None were successful. However, I hit paydirt with the term ‘Sea Level Rise’, an issue of huge concern for those who share her burden in owning a chunk of Sydney Harbourside real estate.

As a country blessed with the best renewable energy resources in the world, we should step up as a leader on climate action … Australia is one of the sunniest, windiest countries on Earth. Let’s make Australia the clean energy superpower we always should have been.

In addition to describing the natural force of the wind, windy is a term that can also be applied to speech or discourse that is lacking substance, or simply flatulent. This seems an appropriate adjective to use in describing Allegra’s SMS policy pronouncements, and, considering where this article began, also provides a suitable note on which to end.

Walter Waverley is the pseudonym of a Wentworth resident who prefers anonymity to grief from his woke neighbours. He promises to continue reporting on electoral developments up to and perhaps after May 21

20 thoughts on “Allegra, Please! Have Some Manners”

Signs of the Times in Thoroughly Woke Wentworth