A Passover Reflection on the Ukraine War 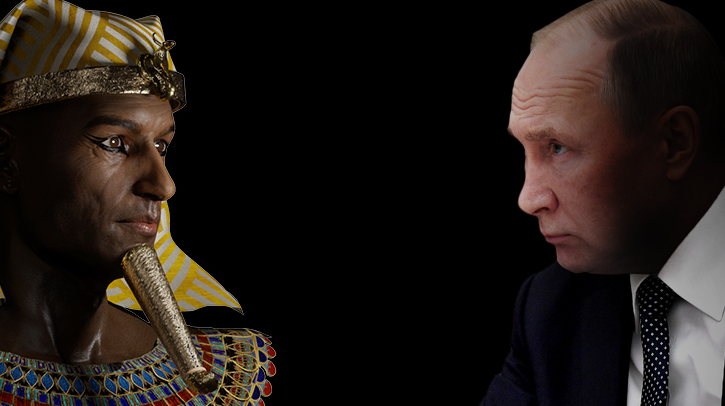 This year’s Passover, what Gentiles sometimes call Exodus, is being celebrated amidst fears the beginning of a third world war is playing out on Ukrain’s flatlands. Somewhat surprisingly, perhaps, what comes to mind — my mind at any rate — is a connection between the ancient rebellion of Jewish slaves with the struggle of the Ukrainian people against Russian aggression.

The parallels are astounding, despite a long and heated tradition of enmity between two peoples. I am acutely conscious of the blood-soaked history of Jewish-Ukrainian relations, if one can call it that. This is history drenched in Jewish blood:  Koliivshchina rebellion, Khmelnitzky pogroms, SS murders, Babi Yar massacre – to mention just some of the crimes that figure in the mind-numbing magnitude of Jewish persecution, suffering and slaughter. These masacres are condemned to live in infamy in Jewish memory no less than Auschwitz and the Nazis’ other death mills. They are indelibly engraved in the voluminous history of Ukrainian anti-Semitism and I have no right to ignore the massacres or forgive their perpetrators. Ironically, many Ukrainians recognized the value of having the Jewish community as part of Ukrainian society despite anti-Semitism being an integral part of the national psyche. This is reflected in a Ukrainian saying, Yak bida, tak do Zhida – “If in trouble go to a Jew for help”. To put it mildly, Jewish-Ukrainian relations were far from cordial for a long, long time.

And then something happened. Ukraine, traditionally anti-Semitic Ukraine, voted overwhelmingly for a Jewish man, the descendant of a Holocaust survivor, to be their president in time of peace and, as it happens, in war as well. One can argue that Volodymyr Zelensky’s victory was either a protest vote against Ukraine’s all-pervading corruption or, perhaps equally, a reflection of a newly evolved political sophistication. Be that as it may, the unwillingness of the Ukrainians to have Jews as their fellow citizens and neighbors is held by a mere 5 per cent of the population, according to a recent Pew Centre poll. This is a level of acceptance and tolerance which the same polling found to be the highest in all Europe. The same survey indicated that 13 per cent of Russians and 32 per cent of Armenians are not prepared to have a Jew marry into their families or even as a neighbor.

I am not about to start trumpeting the sudden rise of an ideal, tolerant and democratic society in Ukraine – this is and will always be a long and tortuous process of a national maturation. However, right here and now, I feel confident in saying Ukrainians have rejected the so-called “Russian worldview” and overwhelmingly wish to be and remain part of the Western liberal democratic tradition. This beleaguered nation, like any other aspiring to freedom, deserves every chance and every bit of help to achieve its goal.

This consideration brings me back to the parallels between the Passover and the Russo-Ukrainian war, of which there are many. The Jews held in Egypt’s bondage rebelled against their slavery and submission to a culture which denied them respect and dignity. So have today’s Ukrainians.

In the Bible’s account, Pharaoh agreed after the ten plagues to let his Jewish slaves go, only to then change his mind and send his army, the mightiest of the time, to annihilate them.  Instead of doom being visited upon the fugitives, the Almighty parted the Red Sea and the Jewish people escaped certain death.

So have Ukrainians, at least so far. Miraculously, the Ukrainian Army, like ancient and modern Israelites, is making a matzo meal from what many regarded as the world’s second-most powerful military force. The Ukrainian nation has slipped the noose of certain death by Russian absorption and dissolution, to date somehow managing to resist and defy the clutches of a contemporary Pharaoh.

The Israelites had had their share of those dissenters unhappy to leave behind the familiar comfort of their former slavery. This faction incessantly complained of hardships and longed for a return to Egypt. They created the Golden Calf, worshipping it instead of God while rejecting the uncertain joys of freedom. Much the same has happened  with Ukrainians, a section of the population preferring a bended-knee fealty to Moscow than embracing the future as a free and independent nation.

The entire Jewish nation had to travel a desert road in terrible conditions, feeding themselves only by God’s daily charity. It took them 40 years until they reached their destination. During this long journey the generation of former slaves passed away and it was those born on a road to freedom who entered the land of milk and honey. The same, I believe and desperately hope, has happened with the Ukrainian people.

This Biblical story, integral to Jewish identity, also applies to all humanity, especially where the fight for justice, dignity and freedom is happening. The hard and uncertain road Jews chose so long ago remains a universal roadmap of the path to freedom. It is a hard journey demanding sacrifice and with many potential detours but, as written on the wall of the Korean War Memorial in Washington DC, Ukraine’s bravery reminds us that “freedom is not free”.

Good luck, Ukraine. May your journey lead you also to liberty’s promised land.

A Passover Reflection on the Ukraine War