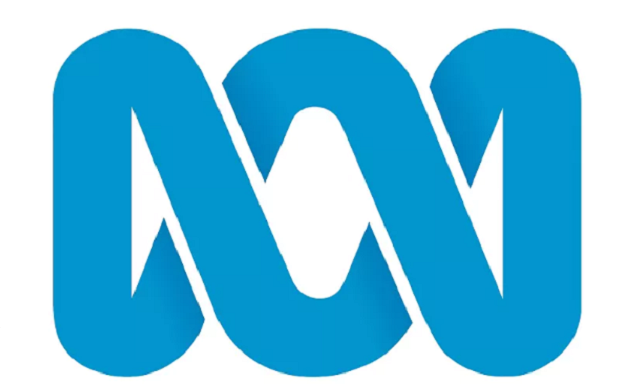 I get along great with Reena Rihan, of ABC Audience and Consumer Affairs. She handles my complaints about ABCTV News’ green-Left bias and stuff-ups, and she deals with them quite promptly. I win some. I lose some. For Quadrant Online readers, this must sound like heresy. But I insist; the ABC complaints process is not all bad. Try this shapshot of the past month.

I was watching the Victorian 7pm flagship TV news on February 16, when it ran an item about President Donald Trump declaring a state of emergency to fund his border wall. The two-line opening graphic by the ABC comprised the words, “Border Wall – Abuse of Power”. OK, so the taxpayer-funded impartial ABCTV News claims Trump is abusing his powers. I wrote to the ABC on February 18,

The item included Democratic claims of an abuse of power by Trump over his wall emergency measures.

The ABC graphic must mean that the ABC endorses that  Trump is involved in an “Abuse of Power”. This cannot be correct as US courts are yet to rule on the issue. The graphic is  a violation of ABC  impartiality guidelines.

Can ABC TV please put a correction on its website about this?

In the remarkably efficient turnaround time of two days, Ms Rihan wrote back:

Audience and Consumer Affairs have (sic) reviewed the segment and assessed the contents against the ABC’s editorial standards for impartiality which states, relevantly, in part 4.1: Gather and present news and information with due impartiality…

The standards are underpinned by the principles which states that assessments of impartiality due in given circumstances requires consideration in context of relevant factors including the nature of the content, the circumstances the content is presented, and the likely audience expectations.

As such we have considered the introductory graphic within the context of the full report.

Having reviewed the report, Audience and Consumer Affairs is satisfied that the full context was provided in the report. In fact, the introduction explicitly stated:

“Donald Trump has been accused of abusing his presidential powers after declaring a national emergency to fund his border wall. Mr Trump says the barrier is needed to stop crime by illegal immigrants, but the Democrats have vowed to fight it, all the way to the Supreme Court.”

Audience and Consumer Affairs consider (sic) that viewers would be aware that the background graphic would only provide a very limited summary of the report and would be aware that the graphic cannot contain the full detail of the report or all the nuance contained in the full report. Audience and Consumer Affairs further consider (sic) that audience expectations for the graphic in isolation would not be as high for the report and in this circumstance where the report fully explains the story, we are satisfied that the single graphic which was visible only for the brief introduction to the story was not a breach of the ABC’s impartiality standards.

So I lost that one. Maybe ABC journos and producers are unfamiliar with the word “alleged”. Or maybe they don’t consider “alleged” to be necessary when Trump is accused of any crime, such as colluding with Russia to steal the 2016 election (or torturing puppies). I did look up the ABC charter, which includes,

The ABC has a statutory duty to ensure that the gathering and presentation of news and information is impartial according to the recognised standards of objective journalism.

Aiming to equip audiences to make up their own minds is consistent with the public service character of the ABC.

Fast forward to lunchtime today, and Ms Rihan’s response to my next complaint hits my inbox. Wow! Only seven days’ turnaround. And wow again … a humiliating backdown, corrections and grovel by Their ABC.

On March 17, flagship Victorian 7pm News had one of those mini-features designed to show off its reporters’ story-telling skills, in this instance Victorian political reporter Stephanie Anderson did a piece about  Yarra Valley Water running a plant at Wollert to convert 33,000 tonnes a year of food waste to energy for water treatment and electricity for the grid. All well and good, I mused, settling back with dog Natasha on my lap. But then Ms Anderson had me bolt upright and Natasha sprawling. This plant, she alleged, “creates enough energy to power nearly 750,000 homes.”

My first check with Dr Google showed that 750,000 homes is about a third of all Victorian households, of which there were 2.2 million at last census. So to solve our electricity woes, Victorians would seem to need just two more plants munching food scraps from Victoria Market.

So here’s my grouch to Ms Rihan, after googling for Yarra Valley Water’s own figures:

Wrong data: The figure is wrong by orders of magnitude… Making such claims exaggerates the impact of renewable energy and requires correction. See below

“Yarra Valley Water is also looking at investing in another generator at its existing Wollert facility, in order to scale up its current operation, which currently produces 8000 megawatts of energy per annum, enough to power about 2000 homes.”

The facility can produce one megawatt per hour, which according to manager Damien Bassett is enough power for 1500 homes.

ABC News have advised (sic) that unfortunately, as you have noted, an error was made in the report. As soon as this error came to the attention of ABC News the associated ABC News Digital article was amended and an Editor’s Note was appended to clarify this change:

A correction has also been added to the ABC’s Corrections and Clarifications page to correct the error as it aired on the 7pm News report:

On 17 March ABC News Victoria reported that the number of homes that could be powered by a waste-to-energy plant at Wollert was nearly 750,000. That figure is not correct and has been amended to the correct figure of about 2,000.

Please accept our apologies for the error and any concern caused. Please also be assured this matter has been brought to the attention of the staff involved by ABC News management who have taken this opportunity to remind staff of the need to thoroughly check information before publication.

My heart went out (as they say) to reporter Anderson for getting that 750,000 number wrong by a factor of nearly 400. At a similar stage in my career, I suffered for publishing a few howlers myself. Anderson did BA majors in French and German, and started with the ABC as a cadet in 2012. I ran a check of her print and tweet output in the past few months and didn’t notice any bias.

On the other hand, the ABC is not short of managers and supervisors. None of them, before the piece aired, saw anything odd about a small recycling plant powering up those lucky 750,000 homes. If that figure went unquestioned, how much other data in the ABC’s green propaganda pieces is also rubbish?

Ah well, it’s all been thoroughly corrected. Who says the ABC never admits an error?

Slamming the Door on Delusion