Section 25 and the Slandering of Australia’s Founding 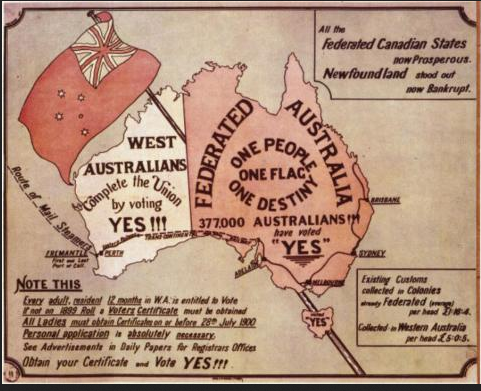 Janet Albrechtsen, whose work I admire, recently quoted Professor Greg Craven of the Australian Catholic University, regarding the proposed Indigenous Voice to Parliament:

Craven, in 2014, was clear about what needed fixing and how. ‘We have two provisions with unfortunate racial connotations, section 25 permitting the disqualification of members of designated races from voting, and section 51 (26) authorising the commonwealth parliament to make laws directed towards particular races.’

Back then, Craven said ‘a technical drafting operation’ done ‘under a local anaesthetic’ could ‘fix the two existing provisions, which do indeed effect a distinction on the basis of race’.

Craven was modest, and right, in 2014. Repealing section 25 makes sense. That is a sensible amendment to our Constitution that many Australians may support.

Though a significantly bigger ask, a proposal to keep section 51(xxvi) but establish an Aboriginal and Torres Strait Islander voice whose sole purpose was to advise on special laws proposed under section 51(xxvi) (and no other head of power) is the next most modest change if we cannot agree to removing section 51(xxvi) as a racial provision that ought not appear in a Constitution in 2022.

There may be a case to remove Section 51 (xxvi), but that a race-based provision should not appear in a 2022 Constitution is an argument that is unlikely to carry much weight with the current race-obsessed woke brigade.  They positively revel in race-based distinctions. And, more particularly, good luck getting it past the rent-seekers in the Aboriginal industry.  It is the source of all the largesse they currently enjoy.

As to Section 25, Craven, who should know better as an expert in constitutional law, has got this wrong.  Section 25 does not permit the disqualification of members of designated races from voting.  It accepts that, at the time of Federation, the states had the right to deny the vote, for their own Parliaments, to Aborigines.  The Commonwealth, though the Constitution, never had the power to prohibit the states from doing this because, had it insisted on such power, Queensland and Western Australia possibly would not have joined the Federation.  You cannot be described as ‘permitting’ something if you have no power to prevent it. Section 25 could not even be described as accepting discrimination, since its intent was to eliminate discrimination, as I will explain.

For the purposes of the last section, if by the law of any State all persons of any race are disqualified from voting at elections for the more numerous House of the Parliament of the State, then, in reckoning the number of the people of the State or of the Commonwealth, persons of that race resident in that State shall not be counted.

The ‘purposes of the last section’ (Section 24) was to determine how many House of Representatives seats a state could claim, based on its population.  The intent of Section 25 was to pressure Qld and WA to extend the vote, at state level, to their Aboriginal citizens.  What is not clear in Craven’s wording, and what many readers would not appreciate, is that not only did this Section not permit the states to discriminate (they already had that right), but it had no effect on the right to vote at Federal elections, which was covered under Section 41. This guaranteed the right to vote at Federal elections to all those who already had that right at state level, or those who acquired it after Federation.  And in New South Wales, Victoria, Tasmania and South Australia, that included Aborigines

It is unclear why retention of this section offers any offence.  It is anti-discriminatory.  Admittedly, it is highly unlikely that a state would now bar the people of any race from voting, but who knows what might happen in the future?  We are still a Federation and legislation concerning their own Parliaments is still a matter for the states.  Of course, one way in which the Commonwealth could prevent a state from barring Aborigines, or members of any other race, from voting at state elections would be through the provisions of the Racial Discrimination Act or through international conventions adopted through the foreign affairs powers.  So Section 25 may no longer be necessary but its removal would make no practical difference.

But there is one very good reason why Section 25 should be retained.  And that is because it is written testament that the Australian Constitution was never ‘racist’ in its intent, despite the specious or mischievous interpretations imposed upon it by the likes of Professor Greg Craven.  As long as it is in the Constitution, its wording and intent is there, plain for all to see.  Removing it would be rewriting history and diminishing our Constitution.

Section 25 and the Slandering of Australia’s Founding