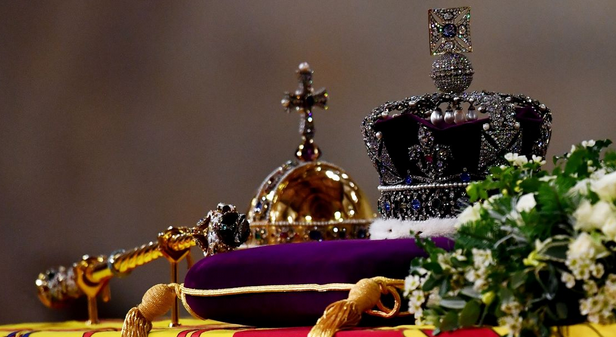 There are few events in life that shake us to the metaphysical core, even fewer that we share with millions of others, but the death of Queen Elizabeth may well be such a moment. Her Majesty’s death prompts me to ask who are we and, indeed, who am I?

Australian sociologist John Carroll has long maintained that our deepest human search is for a ‘place to stand’ from which we can act in the world collectively and individually. This place to stand can’t be unstable or easily eroded lest we become disoriented and seek comfort  and/or meaning in the trivial or, most dangerous of all, the revolutionary act of destruction. Canadian philosopher Charles Taylor  argues that we must orient ourselves in a moral space, otherwise we are forced into a literal identity crisis. As Jesus put it, one needs to build on a rock, not on sand, so that, spiritually speaking, we can withstand the flood.

For any fair-minded person, it would be difficult to think of anyone more admirable than Elizabeth Alexandra Mary Windsor, who knew most definitely where she stood. At age 21 she committed her life to her country and what was then the Empire, never wavering through 70 years on the throne. She was clearly a person profoundly interested in people, in nations and the world, making a deliberate effort to find the human amidst the show of ancient ceremony. As Boris Johnson noted in his brilliant speech to the House of Commons (below), she fulfilled her duty unfailingly. Her devotion to the ideal of service was so thoroughly counter the spirit of our age that it stands almost as a rebuke. It certainly sets a standard by which we can measure our own moral locations and those our leaders. In terms of duty, honour and consistency, by varying degrees virtually all of us come up short.

In the great conservative tradition, the Queen cultivated and adjusted (in a Burkean sense) the role she inherited. She acted with full awareness that she was a legatee responsible for maintaining and transmitting that inheritance in her turn. Crucially, she did it by adhering to, and genuinely nurtured by, the faith she was charged to defend. All this gave her that place to stand.

Now Elizabeth’s death forces us to wonder what comes next. Is the monarchy the ‘centre’, as W.B. Yeats put it, that ‘cannot hold’ now that she is gone? Jordan Peterson is not alone in predicting her passing will mark the start of the monarchy’s dissolution. Mourning the Queen is in some senses a dual mourning: we mourn the person, and we also mourn the passing of an era while contemplating what will follow.

This brings me to a possible Australian republic. I was a voter for the republic in 1999, mainly as a youthful act of patriotism and because I wanted us to be Australian all the way up and down. A part of me still thinks so. But I see that, at its best, the monarchy incorporates a profound solidity — again, that ‘place to stand’ — to be passed from generation to generation. To declare a republic and give the nation a new charter requires something metaphysically deep, a foundation of rock not sand. I confess to a diminishing level of trust that our elites will not seek to use a republic to trivialise, weaken and divide us with worm-ridden wokeness, rather than to reform us into something worthy of an enduring inheritance.

Unless and until that is the case, I will not be marching off to the polls, as in my youth, to vote for severing us from the monarch.

(Due to an editing error — more specifically, due to the editor’s fat, clumsy fingers and a tick placed in the incorrect box  — this piece originally appeared with the wrong byline. It has since been corrected. Apologies to Chris Sheehan.)

8 thoughts on “The Need for a Place to Stand”

The Queen: Service with Honour