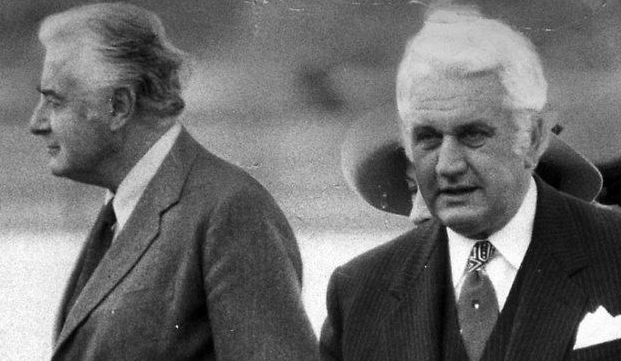 Over the years since 1975, partisan players have mounted an ongoing campaign to vilify Sir John Kerr. They claim, variously, that the powers he invoked do not exist, or that they have become defunct, or that yes, they do exist but should never be used, or that yes, they exist but Kerr misused them. This cacophony of conflicting and, often self-contradictory, rodomontade has had the flow-on effect of discrediting the Reserve Powers and intimidating future Governors-General against their use. In fact, I believe that is the real intent behind the anti-Kerr campaign, although I’m not suggesting a conspiracy. The main, and most authoritative, protagonists in this campaign are Paul Kelly and Troy Bramston. Their 2015 book The Dismissal – in the Queen’s name is the most comprehensive of the critiques of Kerr’s actions.

At the outset, let me observe that The Dismissal is replete with ad hominem attacks on Sir John. It seems to me that Kelly and Bramston leave no stone unturned to paint the most unflattering portrait of him, which results in a rather grotesque caricature of an accomplished and successful man. Sometimes he is a pompous, self-seeking sycophant who revels in the trappings of high office. At others, he is a scheming Machiavellian figure who puts it all at risk for the dubious pleasure making his mark by dismissing a duly elected government. The two Kerrs that they offer us are mutually exclusive, as I hope to show. To be fair, both Whitlam and Fraser come in for a bit of criticism but nothing on the scale of character assassination to which Kerr is subject.

The Dismissal could be more aptly titled The Trial of Sir John Kerr. In his autobiography, Matters for Judgement, Kerr offers detailed explanations and defence of his actions. There is also a trove of personal papers held in the Australian Archives. Kelly and Bramston almost uniformly dismiss Kerr’s 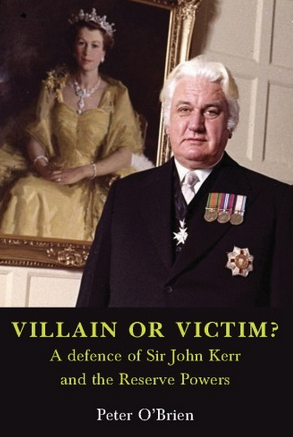 explanations as ‘self-justification’. Imagine if you will, a criminal trial in which one side presents the prosecution case and then the other side, representing the defendant, is called upon to present the ‘self-justification’ case. Not a great start for a fair trial, I am sure you will agree.

I first read The Dismissal in 2021 as part of my research for a book.  I was so shocked by the extent of the vitriol directed at Kerr that I decided this book merited a detailed rebuttal. So, I have written my own response Villain or Victim? – a defence of Sir John Kerr and the Reserve Powers.

The Dismissal purports to be the last word on the events of 1975 and many people believe that, with its release in 2015, the subject has been done to death. Not true. The only thing that has been done to death is the reputation of Sir John Kerr and, with it, the prospect of any balanced consideration of the Reserve Powers of the Crown in Australia.

At some point, sooner rather than later, we will be faced with a referendum on the so-called Australian Republic. Pivotal to that debate will be the role, if any, of the Reserve Powers. Readers can be sure that The Dismissal will be used, by those for whom the existence of the Reserve Powers is an anathema, to argue that whatever value they may have in theory is outweighed by the damage they can inflict in the hands of an unscrupulous President. Judging by the utterances of those currently in control of the Australian Republican Movement, this specious rhetoric is likely to find ready acceptance among its ranks.  At the time of writing the model proposed by the Australian Republican Movement had just been released.  It proposes direct election of a president by the Australian people from a panel chosen by the state and federal Parliaments.   And it involves removing from the President, the power to dismiss a government, and, presumably, the other Reserve Powers as well.  This represents a major change to our Constitution.  It would render the Crown – that enigmatic entity that ultimately protects the interests of the people – impotent, a mere figurehead.  If a referendum goes ahead, this is a complex debate that we must be prepared to have.  And that debate must be based on a thorough and honest understanding of our current system.   The Dismissal will help to undermine that debate.

It is a deeply dishonest book – at least in the way it treats Sir John Kerr – and my aim is to demonstrate that. My first witness is Paul Kelly.

Writing in The Australian in September 2015, in the context of the failed ALP bid for the Senate to petition the Governor-General to dismiss Justice Dyson Heydon from the Trade Union Royal Commission, Kelly said:

The principles here are exactly the same as in the 1975 crisis. On that occasion the governor-general, Sir John Kerr, acted on a motion passed by the Senate, defied the advice of the prime minister, broke the conventions surrounding his office and took a unilateral decision to preference the wishes of the Senate over the position of the executive government.

Gough Whitlam fought the 1975 election on the basis that the governor-general’s decision to act on an opposition Senate motion was a fundamental breach of Australian democracy.

Both Kelly and Bramston would be correct to assert that if Kerr had acted in this fashion, it would have been in breach of our democracy and Constitution. But Kerr did not act in this way. There was no Senate motion calling for the Governor-General to dismiss the government, which is the way both statements read, taken in context. The Senate motion was to block supply to the government, an action which set in train a series of events that, eventually, led to the withdrawal of Whitlam’s commission. The untutored reader may not understand this distinction.

This verbal trickery will give you some idea of the depths to which Kelly and Bramston sink, in The Dismissal itself, to discredit Sir John.

My purpose was not only to defend Sir John Kerr for the sake of restoring his reputation, although I certainly hope my efforts will help in that respect. Ultimately, I believe history will judge him more kindly – and hopefully more objectively – than his contemporary critics. This book is not a hagiography. I do not claim that Sir John was perfect or that he did not make mistakes or misjudgements. But those faults are comprehensively enumerated, and indeed exaggerated, within The Dismissal. As Kerr’s self-appointed ‘defence counsel’, I do not see the need to place too much emphasis on them.

More importantly, by showing that Kerr was by no means the villain the Left have portrayed, I hope to help rehabilitate the status of the Reserve Powers, because I do not believe they are an anachronism but rather an important feature of our governance.

I argue that the Reserve Powers, that Kelly and Bramston so casually demonize and dismiss, may, in the hands of a resolute Governor-General, be the last line of defence against the sort of creeping totalitarianism we have seen exercised by various State premiers, and more egregiously by Canada’s Prime Minister Justin Trudeau, in the name of ‘keeping us safe’ from COVID.

My book can be purchased from Connor Court via this link