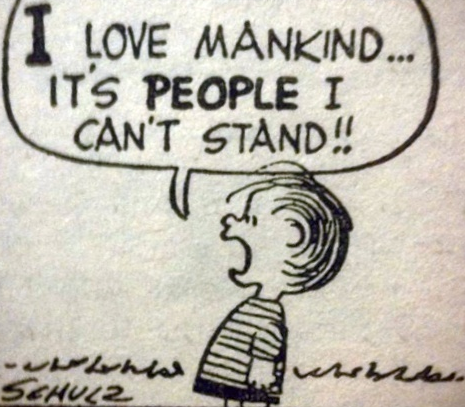 Writing about progressives, New Statesman columnist Louise Perry tweeted ‘for some reason paying high taxes is an acceptable form of self-sacrifice but everything else is off the table’. She was writing in response to yet another article, in the New York Times, by a writer indulging in a feast of self-congratulation for putting herself first and ending her marriage.

It is a curious phenomenon today that our ruling elites twist themselves in knots to claim that they have protected, via government action, every human life from harm and every human right from being infringed. Yet they often extol a life of individual isolation cut off from every human tie that might demand some self-sacrifice.

Witness the undermining of marriage, the downgrading of having and raising children, and the contempt toward our shared national heritage that might otherwise glue strangers together toward common objectives. Academics as a whole are, of course, the worst, with frequent hatred of unchosen or solemn commitments often mirrored in their trainwreck personal lives. I’ve seen it up close.

This contradiction was picked up the by the ever-astute Charles M. Schulz in a Peanuts comic strip when he has Linus yell at Lucy ‘I love mankind. It’s people I can’t stand’. Schulz likely picked up the line from Dostoevsky, who has a character in The Brothers Karamazov say this:

…but I am amazed at myself: the more I love mankind in general, the less I love people in particular, that is, individually, as separate persons. ‘In my dreams,’ he said, ‘I often went so far as to think passionately of serving mankind, and, it may be, would really have gone to the cross for people if it were somehow suddenly necessary, and yet I am incapable of living in the same room with anyone even for two days, this I know from experience. As soon as someone is there, close to me, his personality oppresses my self-esteem and restricts my freedom.

Is it a surprise that the new, Leftist humanity-loving politics dominates precisely in those inner-city suburbs where people are more likely to live alone? This is not the Leftism of the old working-class family.

One of the bizarre signposts of our times is how, during the COVID panic, the world was shut down with the stated intent of saving every fragile life but at the great cost of face-to-face human interaction. This collateral cost is still being reckoned and seems to go up with every new study. Who would have thought that the personal, embodied human connection was so critical? Perhaps COVID isolation perfectly suited the ‘loving humanity, hating people crowd’. It certainly worked well for the ‘laptop class’, who could afford it (I confess I am one).

Another telling example is the insistent clamour for the Voice among the Left; yet it is virtually impossible to find anyone willing to make feet-on-the-ground, long-term commitments to helping Aboriginal people in remote communities. That would involve confronting real people with real problems and sacrificing the trappings of inner-city life. In contrast, the now-hated and maligned missionaries went to these places, laboured, died and were buried beside the local people they had left their homes to serve.

Why this contradiction should exist is a puzzle. Certainly we have seen morality and social ends go from being personal to political, which is Louise Perry’s point. When we decry Leftists as being collective-minded and not individual-focused, we mean politically collectivist not that they are great at building lasting communities on the foundation of close human ties.

My suspicion is that, at its heart, much progressivism is the incongruous dream of radical individuals coming together without having to sacrifice a skerrick of their treasured self-expression. Since this never happens, and many are actually disgusted by raw humanity, the next best thing is to use the levers of power to make it look like it is so.

Loving humanity through government is attractive precisely because it is so impersonal. I pay my taxes and the government sets up a program, run by paid professionals, who can deal with whatever problems beset large classes of sorry, oppressed individuals. I don’t have to deal with a single difficult person unless I am paid to do so under controlled conditions.

Government programs can be useful in their time if properly scrutinised. But to think they are a substitute for the thousand daily sacrifices made by those who build their lives on lasting commitments to other imperfect humans is to engage in the worst kind of folly.