Reflections on Suicide on ‘R U Okay? Day’ 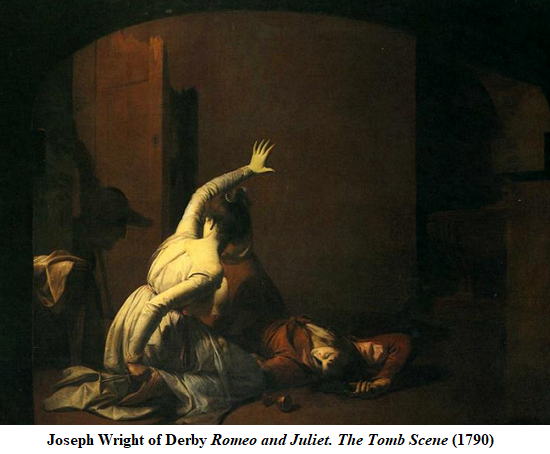 In recent centuries life has been construed as a gift from God and suicide, an insult/rejection of the will of God, a criminal offence. Those who attempted were jailed. When completed the deceased was refused burial in hallowed ground, the estate was confiscated by the state and the corpse was paraded, hanged and otherwise desecrated. Times change.

For much of the last two centuries medical authorities have insisted that all suicide was the result of mental disorder. In 2013 the WHO declared this a myth, but adherents remain. Suicide is more common among those with than without mental disorder, but there are more people in the world without than with mental disorder – thus, at least half of those who complete suicide are free of mental disorder.

In mid-August 2022 an Australian ex-champion rugby player and coach, Paul Green, died  by suicide. In all forms of the media members of the public expressed surprise and sadness, and advised fellow citizens to regularly ask each other about their personal lives and, “Are you OK?” A process portrayed as preventing suicide.

Journalists reported details of Green’s death. Newspapers stated “his best friends, family and even his wife had no inkling he was on the verge” of suicide. His mother is reported as saying she had seen no signs of depression. In Green’s last day he attended a child’s birthday party and behaved normally. A baffled friend stated, “It just doesn’t make sense”.

Some days later a close friend came forward and stated Green had been “battling mental health problem” since he retired as a player in 2004. However, this friend also stated, “he was generally happy”. The picture is complicated by the modern term “mental health problem” which sounds clinical but is, in fact, a euphemism for having some difficulties, not feeling happy, perhaps a bit grumpy.

Most accept that people who complete suicide are seeking to avoid negative feelings – disappointment/sadness – either in the presence or absence of mental disorder. But what do we know of our response to suicide, and do we expect that asking people, “Are you OK”, will change anything?

Earlier in evolution our lives were under constant threat. We have retained a useful emotional and physical responses to surprise – our heart rate increases, and we are immediately ready to fight or run away. When it is a nice surprise — a child comes top of the class, say — we jump to our feet, we can feel our heart pumping (a little), and we are a little unsure of quite what to say/do. When we are surprised by an unexpected suicide we are aroused/startled/rattled. But now death has entered the arena. Death means loss – the loss of the life of the deceased, the loss of an important object to friends and relatives. So, suicide is not good, and it would be much better if it didn’t happen.

When an individual is suffering, death may be welcome. It can be argued that Voluntary Assisted Dying is not a form of suicide – but the difference is semantic. The point is that while death involves loss, which is regrettable/mournful, it may also be welcomed by the deceased and some relatives who are fully acquainted with the facts. This is often overlooked and unbridled sadness is expressed in the case of suicide – especially given that from the outside, it often appears that surely something could have been done to fix the problem and avoid the death.

Part of the sadness expressed by observers is for the individual’s “lost years” – a notion quickly discounted by the Stoic philosophers. Some observers have their surprise/arousal and sadness magnified by a whiff of guilt. We too easily adopted the commonly promoted view that if we take care of our friends and acquaintances and frequently enquire after their emotional state, that suicide can be eradicated. While this thinking is generated and dispersed with the best of intentions, it is naïve.

Most of those who complete suicide are not escaping the consequences of exposed criminal behavior or severe mental illness. Most of us have deeply private lives. Most of us have secret wishes which have never been actualized, perhaps loved another who never reciprocated. Some wish they had studied more and drunk less. There may have been a long-forgotten episode of unfaithfulness, and the forgotten one is now wanting ‘to get in touch again’. There may be what the individual considered ‘friendly leg-pulling’ which has been labeled ‘bullying’, and the workplace justice system is about to hand down an era correct finding. The individual may have cast themselves at work and home as ‘the strong silent type’ and taken unspoken pride in having ‘coped’. For such people, admitting fragility could be the final straw. Thomas Jefferson may have found the harder he worked the luckier he got, but that is not always the case – some toil very hard indeed and are rewarded with very bad luck.

I propose our response to unexpected suicide is shaped by our genetically inherited response to surprise, that is, physical and emotional arousal, programmed energy and preparedness to respond. And as suicide is a form of death and we have learned that death is distressing for both the subject and their associates, we accept that suicide is an event which would be better if it didn’t happen. These facts underpin our response to suicide – arousal and confrontation with death, which we wish we could eradicate. Our heightened arousal allows us to ignore facts and embrace silliness.

The last federal government adopted a Zero Suicide Policy. Suicide has occurred in every population around the world throughout history. To set zero suicide as our target is to set an unachievable goal and ensure failure. Almost as harebrained is the belief that suicide rates will be reduced if the media obeys sets of rules determined by ‘expert’ officials about how suicide must be reported. There is no evidence that controlling the way suicide is portrayed in the media has any effect on national suicide rates – nevertheless, the rules exist, are review and must be followed. This is magical thinking – wishing suicide would disappear and then leaping to the belief that if the population will do as we say, the desired outcome will be achieved.

Around Australia different groups have emerged which believe that suicide can be prevented if caring non-professional friends and neighbors show support/interest in their fellow persons and get those who appear to be “struggling” to express any difficulties/distress they are experiencing. There is no evidence this process reduces suicide rates. Group members are well meaning and keen to welcome and teach new operatives. A central feature of the toolkit of such groups is to ask the question “Are you OK?” or similar. This movement is well organized across Australia and September 8 has been designated the national “R U OK? Day”.

People attending professional counsellors and psychotherapists (dedicated, trained listeners) nevertheless sometimes complete suicide – so, the opportunity to ventilate is not a panacea.  The average person when asked “Are you OK” (or similar) by another lay person frequently responds with indignation or a fleeting smile and “Yeah, fine”.  Talking through one’s problems may well relieve some distress – particularly if it happens at the right time and place, with the right person. It is unclear if this can happen with one of the blokes from the footy club whom you think will likely consider you are a ‘weakling’ if you speak a word of need.

However, this fostering interest and support for others has merit. Different countries have different suicide rates (the Catholic Philippines has a rate of 2.2/100 000 p.a., while South Korea, which has cast off its old culture and is Westernizing as fast as possible, has a rate of 25/100 000 p.a.). Such differences have roots in culture and customs. It is probable that if we developed a more sensitive, caring, supportive culture, the suicide rate would reduce. Importantly, such changes would take time; as Victor Hugo said, “If you want to civilize a man, begin with his grandmother”.

Making a more supportive society, in which individuals can more freely speak about their needs and difficulties and receive assistance may prevent the emergence of some disappointment/sadness and associated suicidal thinking. This would be primary prevention, that is, suicidal thinking would not occur in the first place. This would be distinct from expressing support and trying to defuse suicidal thoughts once they have been born and grown. This, of course, is theoretical/idealistic and may have no practical application. The mechanism by which culture and customs might be changed would need to be determined.

In the meantime, we should aim to be as supportive to each other as we can and as the object of our concern can accept. A good starting point would be to behave as humane citizens.

Finally, we need to do no harm. If we advise well-meaning people that by asking others about their emotional problems and listening to their answers suicide will be prevented, we may be placing these Samaritans in danger. Suicide will continue and those who have followed the script but failed to avert the event may feel guilty and disappointed – in certain circumstances suicide may prove contagious.

Saxby Pridmore is Professor of Psychiatry at the University of Tasmania

35 thoughts on “Reflections on Suicide on ‘R U Okay? Day’”