Condemned to Live in Our Graceless Age 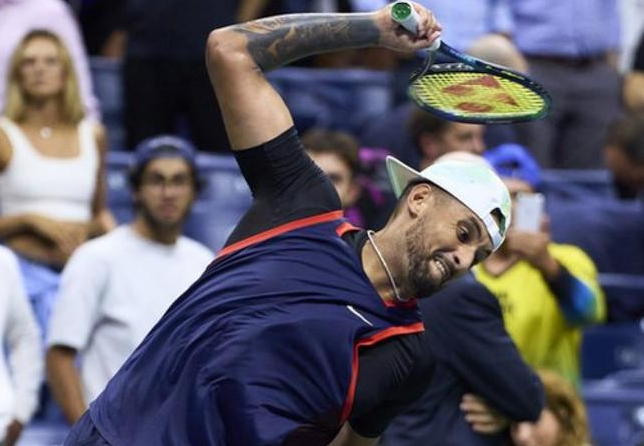 One of the trials of living in the early twenty-first century is the fact that it is the godless, cashed-up-bogan era.  Such has been our great misfortune.

It is a time of ugliness, in art, architecture, in popular culture (anyone for Love Island on the tele?), in writing, in the way humans present their bodies to the world, in politics, in sport, and, worst of all, in human behaviour.  Everywhere you look, there is hubris and anger.  As Tony Abbott might say, we are not, as a society, living as our best selves.

It is a graceless age.  An age where we have turned our backs on God’s abundant grace. Here is the Biblical definition of grace:

… grace, in Christian theology, the spontaneous, unmerited gift of the Divine favour in the salvation of sinners, and the Divine influence operating in individuals for their regeneration and sanctification.

Not only have we rejected God’s grace, we have also drained our own from our mortal selves.  Look at the synonyms for grace.  Poise.  Elegance.  Charm.  Courtesy.  Beauty.  These virtues once described a way of being, of acting towards one’s fellow man, and encompassed an age very unlike our own.

The nineteenth century French philosopher Victor Cousin 1853 coined the phrase “the good, the true and the beautiful”, which sums up the ends which Plato, Christ and their scholastic philosopher-followers claimed humans were configured to pursue. This trifecta, so comprehensively dismantled in our age, is summed up perfectly in the Divine gift-human trait of grace.

All this has been brought to our attention by certain events this week past in New York, and elsewhere.  Specifically, on a tennis court.  Professional tennis is where grace goes to die.

First, we had the gracelessness, ongoing and super-charged, of the American Serena Williams, who kind-of blamed God and the fact that women are the child-bearing sex, for her failure to win 30 Grand Slam tournament and beat God-fearing Margaret Court’s record.

It is passing strange that Russians and creeps were welcome at the US Open, but not an all-time great men’s player who happens not to have been vaccinated for COVID.  Russians, of course, are the current sworn enemy of the Biden gerontocracy, so you might have expected them to be verboten. This, of course, would have been a travesty.  But an even bigger travesty is the exclusion of a perfectly healthy and therefore harmless tennis player for no real reason at all.  Enemies in the war on Russia are OK, but not enemies in the war on a middling virus with which most governments in the world have now declared a cease-fire.

BUT CREEPS are okay.  Perhaps even a drawcard at a tennis tournament in the corporatised world of sport.  Toys out of the cot merely adds to the atmosphere.  Value for money for experience-starved, graceless punters.

One of the creepiest of all happens to be an Australian.  Beaten by a Russian of all people!  This brings us to the second graceless episode, witnessed not only by his family and supporters but by the rest of the globe.  As one commentator noted, the guy is meant to be an adult.  A temper tantrum by a two-year old is embarrassing for all concerned.  What to make of the rampant petulance of one who has much to be humble about, and not a lot to be proud of, but who yet has been gifted with potentially awe-inspiring talent?.

That he continues to prosper in life – notwithstanding an upcoming court case relating to alleged domestic abuse pending – brings us  back to the rewards bestowed upon the ugly.  Rewarding the ugly coincides with, indeed prospers as a result of, the age of liberalism, where, as the late philosopher David Stove would have said, “anything goes”.  The free-market liberal will say ‘so what?’.  Onlyprocesses, not outcomes, are what matter.  If the punters wish to court and reward the ugly, whether the ugliness of boorish behaviour, of reality television, of the brutalist architecture of our cities, of the woke-and-ugly art that graces (no pun intended) our galleries, of bodies pock-marked with tattoos, good for them.  And with the instant reward and punishment system we now have via social media, the approval (or not) will be instantaneous.  And delivered without much grace.

But when the whole world fills with ugliness in all of its forms, one might well ask what is freedom for?  Why do we value it so?  That is why a higher, more transcendent version of freedom is that of “ordered liberty”?  Ordered to what, one may ask?  Well, not ordered to ugly people doing ugly things in an ugly world.  Ordered liberty takes us back to Victor Cousin, to the scholastic philosophers of the Middle Ages, and, ultimately, to Plato.  Platonic virtue now seems a galaxy away from Nick Kyrgios.  The past, as they say, is another country.

What would Cousin make of the world we now inhabit?  Not much, I think.

And it isn’t only sports celebrities who deliver graceless behaviour to those whom they are meant to serve and to whom they owe their living.  No less than the US President, once recognised as the leader of the “free world”, in one of his few lucid moments, has insulted and berated around half the American adult population for having the temerity to have a different world view to his own. House Minority Leader Kevin McCarthy (R-Calif.) gave his own speech prior to Biden’s, where he blasted the president as someone who has “chosen to divide, demean and disparage his fellow Americans.” He called on Biden to apologize for his recent remark equating “MAGA” beliefs with “semi-fascism.”

McCarthy was being way too polite.  One commentator noted that the President had declared war on his own people. Biden himself is a barely coherent, divisive, totalitarian demagogue and usurper.  An economic vandal.  An enemy of the people.  No grace there, I’m afraid, and all this from a head of state, whose role is to unify the republic, to represent all Americans.  Biden’s graceless predecessor called the same people “deplorables”.  How dare people want to make their country great again, to become its best self.  Whatever words appear on Biden’s headstone, do not expect to find “grace”.

ALL IS NOT lost, however.  Ironically, it took the sad passing this week of one whose life of grace (in every sense) blessed us all.   No leader could be further from the American President in carriage of the cardinal virtues.  As Tony Abbott (again) noted, Elizabeth the Second will be, without doubt, the most widely mourned person in history.  The Spectator’s Matt Purple suggested that the Queen had “lived her best life”.  Sure-footed, with endless poise, effortless style and bucketloads of substance.

Still in the humble service of her people up to the last, she only this week greeted her fifteenth British Prime Minister, the most recent in an entirely graceless conga-line of Tory ne’er-do-wells who have butchered Albion and have created a nation not remotely recognisable as the country that greeted the late Sovereign in the early 1950s.

Her Majesty, then a mere princess, stated: “I declare before you all that my whole life whether it be long or short shall be devoted to your service and the service of our great imperial family to which we all belong.” And so it was.

What stands out most about that quote, and about the Queen generally, was her absolute submission of the self. There was no exemption for love, as her uncle had made, or cloying need for ‘me time’, as Meghan Markle seems to constantly require. Her surrender to her duty was total. Much of her life would be planned down to the minute; the needs of Britain had to come first.

Ah, Meghan Markle.  Speaking of princesses.  Now there is “graceless” personified.  Graceless and under no pressure.  Along with Biden, Kyrgios, Serena Williams, Adam Bandt (the first Republican out of the blocks with his predictable, and predictably tasteless, talking points), Bandt’s wife, with her stylish “coal kills” dress, and all the rest.  All of them blissfully at home in a lost, tasteless, directionless, deluded, superficially ideological world that chases empty utopias and recognises nothing of true and lasting value.  The latter notion is, for them, not even a thing.  They are people for whom “grace” is entirely a foreign concept.  Google it.

The endlessly troubled American songwriter John Murry, a relation by adoption and forever-fan of the peerless novelist William Faulkner, produced an extraordinary album in 2012 called “The Graceless Age”.

John Murry’s would be a compelling story had he never made a record … an addict who lost his wife and child and home, and almost his life, before cleaning up. And then you get to the record. The Graceless Age is extraordinary, a profound and moving meditation – the kind of album that answers questions you didn’t realise you were asking.

Questions you didn’t realise you were asking, indeed.  Murry’s reported experiences growing up were unspeakable.  A graceless age, indeed.  Then there was The Eagles’ Don Henley, who penned these words in 1989:

These times are so uncertain
There’s a yearning undefined
And people filled with rage
We all need a little tenderness
How can love survive
In such a graceless age?

How can goodness survive?  Or truth?  Or beauty?

These are anthems of our times, and we are suffering purgatorially for them.  Various writers have categorised our age as one of “madness” (as in crowds, the madness thereof), of evil, of ignorance, of cluelessness, of godlessness.  All true enough.  But, surely, graceless is a contender.

20 thoughts on “Condemned to Live in Our Graceless Age”

Reflections on Suicide on ‘R U Okay? Day’

The Rise and Fall of Love in the Sixties