The True Colours of the Rainbow Flag 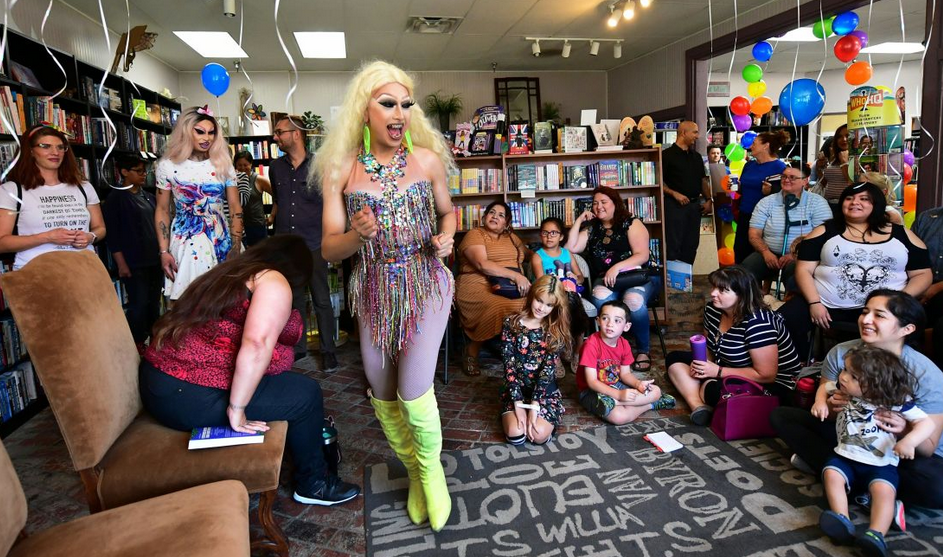 In 2015, before Ireland was due to vote and change its constitution to legalise gay marriage, a friend asked my opinion. I said vote ‘yes’. My reasoning was simple: what consenting adults do is nobody’s business. I asked a question: what negative impact would gay marriage have on the lives of heterosexual people?

I still hold unambiguously to my first argument. I believe gay marriage is good, because I believe in freedom of the individual. But as to my second point, that it would make no difference to our lives, I was completely wrong. The world since 2015 has been turned upside down and not in a good way. Since that time, modern puritans, in other words, advocates of social justice philosophy, have taken over government institutions, technology companies, education departments, charities, non governmental organisations, churches, entertainment, the media (it’s everywhere, in other words), and in the name of Diversity, Equity and Inclusion, forced people, at the risk of having their lives destroyed, to subscribe to an anti-human rights ideology that ordinary people reject and which is antithetical to normative values. The change has been so rapid and perilous to freedom of speech that many people are unaware that they cannot say things which were uncontroversial a few years ago.

While most gay marriage proponents cannot be held accountable for what came after the acceptance of gay marriage, they can, though, be held responsible, with a few brave, notable exceptions, for marching under a flag which has come to symbolise, in part, the anti-democratic and illiberal forces that are now ranged against individual freedom and liberal democracy.

How we arrived at our current situation is one of the most insidious stories of recent history. To put it simply — what was written on the tin was not in the box. Or, to put it another way, what the rainbow flag represents is not what the average person thinks it does.

What occurred since 2015 was a blitzkrieg (e.g., lightning war) of organisational capture, in other words, an attempt to win a war as quickly as possible, so that it would be nearly impossible, or, at least, extraordinarily difficult, to reverse course and return the world to its essential normative, pluralistic status quo, where people are entitled to freedom of speech, freedom of association and freedom of conscience.

It was social justice warriors, or, as they’re derisively and accurately called, the Woke, who, in thrall to the propaganda of Critical Race Theory, the feminist idea that everything, including biology, is “socially constructed”, and postmodernism (including Queer Studies, Disability Studies and Fat Studies), decided that their values should be accepted by everyone, without question or a democratic mandate. And while their lightning war tactics very nearly won the war, they’re now, thankfully, in an almost headlong intellectual retreat (to continue the World War Two metaphors, we’ve landed in Normandy but we’ve yet to take Berlin).

Or to put it another way, they may still control the bureaucracy, but they’ve lost the intellectual, philosophical, scientific and moral arguments.

In Britain, to give three examples of reversals to the ideology, the High Court upheld Maya Forstater’s claim that she was entitled to gender-critical beliefs; in other words, you cannot force people to believe in trans ideology. In another recent legal judgment, Allison Bailey, a barrister, who is a lesbian, was awarded substantial damages against her former employers, Garden Court Chambers (GCC) — the firm discriminated against her after she stated that no-one can change their biological sex. And, almost overnight, the Tavistock children’s transgender clinic closed its doors after a damning report into its philosophy and practices was published.

We should never forget, though, that the methods employed by partisans who waged this ideological war were a constellation of the most intellectually dishonest and abusive propaganda strategies ever used by political activists, at least by ostensibly human rights advocates in modern liberal democracies.

The list is long and egregious: profound and widespread intellectual dishonesty, including uncharitable and blatantly untrue interpretations of their opponents’ arguments. Selective and deeply skewed readings of history and of historical figures. Social media mobbing and the cancellation of people’s reputations and livelihoods. The use of vastly expanded definitions of mental health problems linked in intellectually dishonest ways with the threat of self harm and suicide as emotional blackmail. Death threats issued towards anyone who criticised the ideology, especially against gender-critical women. And, most importantly, the undermining of science and the rejection of reality for the superficial idea of “lived experience” — in other words, privileging feelings over facts or data.

The methodology used to achieve such a massive cultural shift was founded on a simple but devastatingly deceitful premise. Nothing presented to the public was as it seemed and seems. The tip of the iceberg was the colourful flags and the idea of equality, with which few people disagreed. Below the surface, though, the iceberg contained profoundly disturbing changes to how we view reality and how we navigate the everyday world. Suddenly, men were allowed access to women’s spaces, including toilets, prisons, shelters and changing rooms, and in a recent situation in the United Kingdom, transgender nurses, in other words, men, were given the right to administer to the bodily functions of a disabled teenage girl. The girl’s parents were rightly appalled and believe that only women should have this role. Drag queen story time became normalised in libraries across the Western world (why drag queens would want to read stories to young children is a question left unanswered). Puberty blockers and invasive surgery, including double mastectomies, were administered to teenagers and young adults; the results are irreversible and can lead to a lifetime of medical problems. Parents, in many jurisdictions around the world, and in contradiction to the idea of basic human rights, suddenly did not have the right to know that their child was transitioning to the opposite sex. And, in an almost Maoist indoctrination program, gender ideology, the idea that sex and gender are the same thing, (and paradoxically not the same thing), that there are multiple genders, and that you can be born as the opposite gender in the wrong body are taught, as fact, in schools.

The multi-pronged disingenuous campaign, though, was not accidental. It was a deliberate strategy. The “Denton’s Document”, to give one example, which was signed by two major companies and an activist organisation (Denton’s, the largest lawyers group in the world; Thomson Reuters, the international media conglomerate; and the International, Lesbian, Gay, Bisexual, Transgender, Queer and Intersex Youth and Student Organisation), informed activists that sneaking in legislation under the cover of gay rights was a legitimate strategy, which in fact happened during the Irish gay marriage referendum:

Changes to the law on legal gender recognition were put through at the same time as other more popular reforms such as marriage equality legislation. This provided a veil of protection where … gender identity remained a more difficult issue to win public support for.

Whenever anyone questioned these profoundly new ideas, they were immediately labelled a “transphobe”, told they were discriminating against a marginalised group, and informed that they were killing trans people (which is not true: there is no difference in the rates of suicide between pre- and post-transition). The fact that trans people have the same legal rights as other citizens was not enough. What people were compelled to do, in essence, was affirm the subjective reality of a small group of people who suffer from the medically recognised issue of gender dysphoria, which is a cruel and terrible psychological condition, and which should elicit profound sympathy for people suffering from its effects. But no other group, at least in modern liberal democracies, has ever demanded that their subjective understanding of the world should override other people’s genuinely held beliefs. The reasoning behind this change in metaphysical, epistemological and logical analysis was specious and irrational: because a historical wrong was committed against homosexual people, everyone was expected to acquiesce to a complete overturning of objective reality.

To be clear, Pride was originally a good and ethical idea. Gay people, of whatever kind, are entitled to the same rights as everyone else. Pride, though, in its current iteration, no longer adheres to liberal democratic values. In order to reorient society to the notion of pluralism, social justice ideology, which is now the defining feature of Pride, should be rejected by gay rights activists, even if it takes time to reverse the more ludicrous ideas now considered normal in public discourse. In the same way that women are the only people who can restrain the excesses of feminism, there is an obligation on the broader gay movement to stop the anti-intellectual, anti-rational and anti-democratic excesses of trans ideology. This is finally happening. SexMatters and the LGB Alliance are two organisations which are standing up, respectively, for the legitimate rights of women and of gay people.

The sooner, though, that this anti-liberal and anti-human rights philosophy becomes an unfortunate footnote in intellectual history the better. The lesson: read the small print and understand verbal equivocation. Any fool can march and wave a flag.

14 thoughts on “The True Colours of the Rainbow Flag”