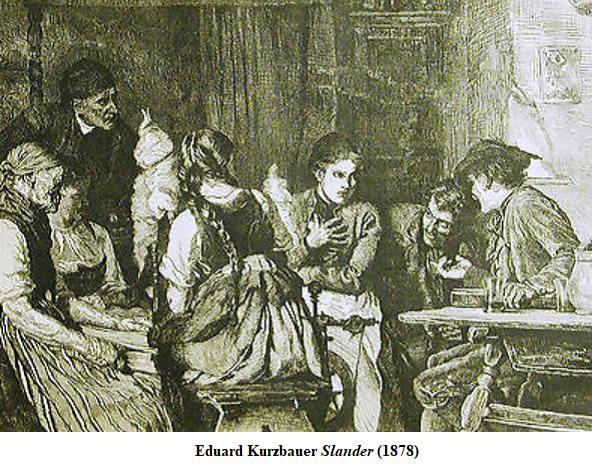 The French novelist and philosopher Jean-Paul Sartre turned down the Nobel Prize in Literature. John Le Carré asked that his name be removed from the Booker Prize shortlist. Both writers were correct in recognising awards are nothing more than the Establishment shaping the Zeitgeist. The same but opposite criteria apply to those who have not been honoured. They don’t fit the narrative. Writers receive recognition in two ways. People buy their books while the authors are alive or, as the Scottish Enlightenment philosopher David Hume said, good authors are read many years after their death and lesser authors are forgotten. Everything else is politics.

Barack Obama proved how trivial awards and honours are and how they are used to shape public opinion when he won the Nobel Peace Prize because he was handsome, had the correct politics and read greeting card platitudes from a teleprompter, including the immortal line at his inauguration that ‘this was the moment when the rise of the oceans began to slow, and our planet began to heal’. Perhaps Obama — I’m being facetious here — could position his swollen head to blot out the rays of the sun. It would be a great slogan: ‘Obama’s head, the cure for global warming’. Both the slogan and his head could grow in the telling, which would be even better for the environment.

In recent weeks it’s been announced that two people who’ve behaved deplorably in different ways have received the Establishment tick of approval with the bestowal of honorary degrees and awards. By the Establishment, I mean the Zeitgeist, the spirit of the age, what you are allowed to say and think and that which is guarded and policed by the institutions of the state and civil society. One of these people is now the chancellor of a university. Neither of them, you’ll be surprised to learn, is Donald Trump. If you were suspicious, you would believe that a double standard is at play in relation to contemporary politics: modern sin is only censured if you have the wrong identity or opinions. Hillary Clinton received an Honorary Doctor of Civil Law from the University of Oxford and was inaugurated as the Chancellor of Queens University in Belfast; and writer, comedian and musician Tim Minchin became the recipient of this year’s Richard Dawkins Award.

The irony of Clinton receiving these accolades just weeks after it was announced by John Durham that an attorney, Michael Sussman, who was employed by Hillary Clinton and the Democratic Party, is being charged with lying to the FBI about the now-debunked Russia collusion story should not be lost on anyone who believes that justice must be fair and impartial. To put this in perspective, all roads about the Russia collusion hoax lead directly to the same source, Mrs Clinton and her campaign team. All the following people and organisations have direct links to Hillary Clinton and the Democratic Party. The former British spy, Christopher Steele, who fabricated the infamous Steele Dossier; the research firm Fusion GPS, which is being sued by the Kremlin-controlled Alfa Bank for falsely claiming that the bank laundered money from Putin to Trump; the law firm, Perkins Coie, which employed both Michael Sussman and Mark Elias, the latter of whom worked as the Clinton campaign’s general counsel, and who, to quote from the Sussman indictment, is alleged to have kept senior Clinton campaign officials informed about the hoax, including the ‘campaign manager, communications director, and foreign policy advisor’.

The hoax was simple but effective. The Clinton campaign hired security companies to find evidence, including fabricated evidence, that linked Trump to Russia. Sussman, posing as a disinterested and concerned citizen, presented the bogus evidence to the FBI, which on foot of his testimony started an investigation into the alleged collusion. The story of the FBI investigation was then leaked to the media. At the same time, a host of Establishment figures detailed the minutiae of the hoax to the media as if there really was collusion. Clinton reposted a tweet by Joe Biden’s current national security advisor, Jake Sullivan, which said: ‘We can only assume that federal authorities will now explore this direct connection between Trump and Russia.’ Political operatives in the security establishment talked up an invented story as if it were true and a hyper-partisan media, which hated Trump, jumped at the chance to depict as corrupt the despised candidate and president. The gullible members of the public who lapped up the details of the hoax were even more foolish.

If Nixon was guilty because of the cover-up, then Clinton should at least be investigated because her fingerprints are all over a serious crime that undermined the integrity of American democracy. Never mind the so-called January 6 ‘insurrection’ at Capitol Hill, this is real subversion and it’s from the inside of the Democrat political Establishment now holding power in Washington.

Tim Minchin’s deplorable behaviour is much less consequential than the usurping of democracy in America, but it speaks to an attitude in contemporary society which should be rejected as anti-democratic and unjust. The cultural Establishment in Australia created a wholly invented narrative about Cardinal George Pell sexually abusing two boys in Saint Patrick’s Cathedral in Melbourne. Pell was found guilty, jailed, and after an appeal found not guilty in a seven-zero ruling by the High Court. The evidence that convicted Pell was so flimsy as to be laughable, and which no credible person should have taken seriously. Minchin, though, because of his militant atheism, wrote a song which is as puerile as it is unjust about Cardinal Pell. Minchin is not these days as vocal about Pell as once he was.

For argument’s sake, let us say Cardinal Pell could have committed many crimes of which we are unaware, but then so might Tim Minchin. Who’s to know? The difference is that some of us base our opinions on evidence rather than hearsay or wishful thinking of the most venomous kind. The principle of charity should always guide our actions. The Robespierre’s and Saint Just’s of every generation, in contrast, are always the snarling moralists who play to the crowd. And they’re always illiberal to people with different beliefs. Minchin is keeping that puritan tradition alive. As someone who has been a lifelong atheist and who grew up in a culture of stifling Catholic orthodoxy in Ireland, I am not criticising Minchin because of any religious belief but because I believe in freedom of conscience, arguing in good faith, and a fair judicial system. Minchin did not adhere to any of these principles in his criticism of Cardinal George Pell.

Minchin is also, ironically, much less a champion of rationalism than the granting of the Richard Dawkins Award would indicate. The Dreaming, the Australian Aboriginal pre-modern belief system, for want of a better description, which Tim Minchin excludes from his rationalist, atheistic criticism of religion because of its alleged lack of ‘real estate’ or funding, is one of the reasons for a massive transfer of money and resources to Aboriginal Australians. Some $30 billion is spent each year on 3 per cent of the Australian population. That comes to $43,450 on every Aboriginal person, versus the $20,900 on other Australians. The grift and corruption surrounding this money is legendary.

Australians are good people, overwhelmingly eager to improve the well-being of the minority indigenous population but who balk at so much money being squandered while little difference is being made, at least in rural areas, to the lives of Aboriginal Australians. The Dreaming is as central ideologically to this transfer of money as the Resurrection is to the collection plate in a Christian church. In other words, Minchin is not consistent about rationalism when it comes to the contemporary celebratory wooing of the modern-day noble savage. Some of us, by way of contrast, believe the only way to improve lives, especially Aboriginal lives, is to leave dangerous superstitions in the past. Take the best and most practical aspects of culture and reject or silo the parts that disrupt or impede human flourishing in the twenty-first century. Encouraging people to believe in a magical world while children can’t read and write does nobody any good.

There is something perverse and sickening about people who have behaved badly being lauded by a corrupt Establishment. In a healthy society, Clinton and Minchin would be asked to explain, in detail, their behaviour, then apologise and make amends. The difference between this and cancel culture and being called to account for personal transgression is that the former is based on group or collective guilt, while the latter is based on individual guilt. It’s the difference between injustice and justice. The Establishment flits between both conceptions of justice at will. Hillary Clinton is a player in the Establishment. Richard Dawkins, who is honouring Tim Minchin, is also a member of the Establishment, but like two other gifted scientists, Stephen Hawking and Carl Sagan, is clueless about politics and is part of an establishment that moulds the overarching narrative that the plebeians are urged to believe. Say something the Establishment doesn’t like and watch career and reputation disappear into the ether like that of Nobel prize-winning scientist Professor Sir Tim Hunt or comedy writer Graham Linehan.

Justice is either blind and universal or it doesn’t exist. Awards and honours are one way the Establishment creates a narrative. Neither Hillary Clinton nor Tim Minchin should receive awards or honours — if we must have an honours system at all, that is — until they explain their behaviour. Hillary Clinton should not be honoured until the cloud hanging over her reputation in relation to the Russia collusion hoax is cleared; and Tim Minchin should not be honoured as a rationalist dedicated to reason and honesty until he explains his irrational behaviour in relation to Cardinal George Pell.

If Clinton and Minchin are rewarded for by the Establishment, it’s a confirmation that two more foxes have been placed in charge of the chicken coop. Democracy and justice deserve better.

Declan Mansfield is a regular contributor