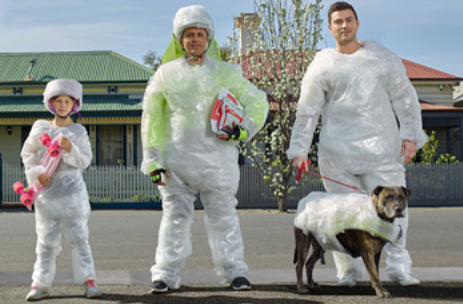 I should like to make a personal confession that will probably disappoint some readers, and perhaps please others. I have now had both doses of AstraZenica. I’m not an ‘anti-vaxxer’, nor a conspiracy theorist. But I also have good, intelligent, well-informed and rational friends who strongly oppose the vaccine and I do not like to see them punished by the infliction of civil disabilities or verbal abuse.

Some Christians and other religious people have grave reservations about vaccines as this letter to the PM from the Anglican, Catholic and Orthodox archbishops of Sydney clearly shows. Such qualms about abortion and the use foetal tissue in the vaccines’ development are perhaps not shared by most people, but they ought to be treated with respect in a civil society.

Whether to make use of research derived during WWII from experimentation on prisoners under conditions of terrible cruelty was once a grave moral question. To wish to avoid the use of vaccines that have been developed, even remotely, from aborted human ‘materials’ is a legitimate and understandable moral stance. Yet as one of our readers points out, it is virtually impossible to isolate oneself in this complex world from evil: if you pay taxes you support Medicare, and Medicare funds abortions.

I agree that COVID-19 has caused great suffering and many deaths.  That is beyond dispute. But for more than a year and a half we have been bombarded by many health ‘orders’ that claim a scientific basis yet are clearly motivated less by science than by ease of law-enforcement. In particular, some absurd strictures about the use of masks in public and private places have been given the force of law. I am not a scientist, but I know enough to affirm that science is never ‘settled’ and that those who claim it is are usually not scientists.  It is extremely hard for a non-scientist to extract reliable scientific information from the internet, but we must do our best to separate good science from false claims that pretend to a scientific basis but merely make it easier for governments to police the behaviour of their citizens.

It is also difficult to assemble reliable statistics. But as far as I am able to do so, I find I must strongly disagree that hard lockdowns are an effective or proportionate response to the pandemic.  To give one example:  the UK and Sweden have populations, respectively, of about 60 million and 10 million.  The UK reports 7.3 million COVID cases to date and 134,000 deaths.  The comparative figures for Sweden are 1.1 million cases and 14,000 deaths, about the number of cases you’d expect, but considerably below the UK death rate.

Of course, it can be argued that the Australian situation has been vastly less dire than Sweden’s because of the strong policies of the PM and state premiers. But our remote insularity is surely a huge factor too.  Regardless of what position we adopt on that, the fact remains that, within Europe, Sweden appears to have achieved a better outcome than the UK and most other nations by pursuing a policy of voluntary rather than enforced isolation.

I do not accept that we owe a debt of gratitude to governments that have imposed heavy, even crushing, social and economic burdens on their people.  Many have been broken financially, some have died because life-saving surgery was denied them due to the lockdowns.  Many more have died in enforced solitude.  It has been brutal. Governments have become accustomed to treating their infantilised citizens with a degree of mistrust that seriously compromises the principles and practices of democracy.

Finally, all statistics must be viewed in context.  About 150 people die in NSW, and 450 in the whole of Australia, every single day.  Many people struggle to process large numbers or to view them in context.  The mainstream media and many politicians feed their fear, which is out of all proportion to the seriousness of the threat.  Even in pandemic-stricken Europe COVID ranks well down on the list of major causes of death.

I won’t persuade everyone, of course.  I can only repeat the advice from Oliver Cromwell – ‘I beseech you in the bowels of Christ, think it possible that you may be mistaken’. There are people of good will on both sides of this debate: let’s at least try to give each other credit for some integrity and nous.

Edward Gibbon and the Future of America