An Expression of Contempt for the Electorate 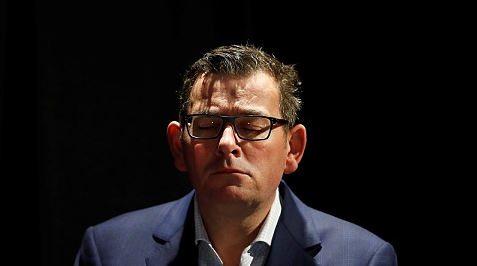 What is the nation to make of the Public Health and Wellbeing Amendment (Pandemic Management) Bill 2021? It was introduced in the Victorian Legislative Assembly as a matter of urgency on October 26, 2021, debated (in a fashion) that day and the next, and then further debated, passed and transmitted to the Victorian Legislative Council on October 28.

If enacted, the Bill’s central provision is the insertion of a new Part 8A (a mere 68 pages) which with further provisions will authorize the Premier, at any time on or after the declaration of a pandemic, to make a pandemic order on the basis of belief that it is reasonably necessary to do so to protect public health.

Among the many consequences of the making of a pandemic order is that, at the Premier’s command, any individual in Victoria will be at risk of being detained, having his or her movements restricted, and being moved from place to place. The Premier will have power to prohibit gatherings, whether public or private, in a pandemic management area. The Premier will also have power to compel the provision of information (including about the identity of any person) and documents or to require the keeping of records, and any individual will risk detention for a refusal or failure to undergo a medical examination or a medical test. The proposed new regime can be extended for as long as the Premier forms the requisite state of mind and infringements of it attract extremely harsh penalties.

It seems an odds-on certainty that very few Victorians will have read (or are ever likely to read) the Statement of Compatibility with the Victorian Charter of Human Rights and Responsibilities Act 2006 (the Charter) prepared in accordance with section 28 of the Charter and which was tabled in the Legislative Assembly on 26 October immediately prior to the introduction of the Pandemic Management Bill.

If its website is a reliable guide, the the Victorian Equal Opportunities and Human Rights Commission appears so far not to have expressed any concerns about the scope of the Bill. The likely explanation (or part of it) is the little-noticed fact that a pandemic order may apply to, differentiate between or vary in its application to persons or classes of person identified by their characteristics, or by an “attribute” not limited to the meaning of that discriminatory measure as used in the Victorian Equal Opportunity Act 2010. Nowadays, in the context of identity politics ideology, the word “privilege” is a term of abuse. However, in substance, if the Bill passes into law its treatment of persons by reason of attributes and characteristics will be capable of operating in a manner inconsistent with the rule of law.

If, as its supporters must assert, the Bill as passed unamended in the lower house is fully compatible with the Charter, Victorians will be entitled to conclude that the Charter is worse than useless.

The  enactment of the Charter was greeted with hosannas by the Australian human rights establishment – that collection of government agencies and private, commercial, professional, academic and other institutions which regard Australia’s lack of a national Bill of Rights as a matter of unique enduring national shame. That stance reflects a commitment to the view that human rights are, first and foremost, a creation of post-World War II international treaty-making. The predominant internationalist approach of the Charter is notable for its emphasis on the rights of groups or “communities”. The Bill makes a formulaic and grudging passing mention of the extensive, detailed protection of individual rights which has evolved in Australian domestic common law and legislation in a direct line from the Magna Carta (1215).

Part 2 of the Charter (sections 7-27) sets out the human rights that the Victorian Parliament specifically sought to protect and promote. Section 7(2) provides as follows:

A human right may be subject under law only to such reasonable limits as can be demonstrably justified in a free and democratic society based on human dignity, equality and freedom, and taking into account all relevant factors including—

(a) the nature of the right; and

(b) the importance of the purpose of the limitation; and

(c) the nature and extent of the limitation; and

(d) the relationship between the limitation and its purpose; and

(e) any less restrictive means reasonably available to achieve the purpose that the limitation seeks to achieve.”

One useful background example of the application of the Charter to decision-making during the COVID pandemic is the decision on November 2, 2020, of Justice Timothy Ginnane of the Supreme Court of Victoria in Loielo v Giles, an unsuccessful challenge by a restaurant owner to the legality of the curfew imposed on parts Victoria on September 13, 2020. In the second paragraph of his judgment, Justice Ginnane said this:

The Curfew was a major restriction of human rights and liberties of the free people of Victoria. No instance of a curfew being imposed in Victoria by the Executive exists in living memory. Curfews are normally imposed to control civil disturbances and widespread outbreaks of lawlessness.

It was unclear why the Chief Health Officer (CHO) did not make the directions. Furthermore, the Department organizational structure concerned with exercising the emergency powers was unclear, no document could be produced explaining it, and the role of officials such as Public Health Commander was not explained. However, Justice Ginnane was not convinced on the evidence that the plaintiff had proved that the imposition of the Curfew by an authorized officer under the Public Health and Wellbeing Act 2006 was in truth one unlawfully dictated by the Premier.

Some Victorians might take the view that times have changed for the worse given that the Minister for Health also tabled his Second Reading speech on the Bill. Given its draconian nature, Victorians could be excused for taking the position that, if the case for urgent passage of the Bill unammended was so manifestly clear, the Minister for Health would have leapt at the opportunity to read the speech as a demonstration of the strength of the government’s case. It is not in the least surprising that the legal profession was quick to condemn the Bill. The Victorian Bar has been at the forefront of complaints. The then chairman of the Bar Council, Christopher Blanden, QC used the word “Stasi” to attract public and media attention to the manifold deficiencies of the Bill.

The Law Institute of Victoria, on behalf of the State’s 20,000 solicitors, expressed support for the objectives of the Bill, but otherwise opposes its authoritarian “transfer of the decision-making power from the unelected CHO to the Premier”. The central decision-making powers need to be in the hands of elected representatives accountable and responsible to Parliament and the public. The government asserts that the Bill was the product of extensive “consultation” over a lengthy period, and it is clear enough that it was not something dashed off overnight. But what does “consultation” mean in reality, especially when that mercurial modern neologism “stakeholders” is the measure.

The average cynical Victorian with an interest in active participation in our democratic institutions will understand that the word “consultation” is one of those words which is at the forefront of meaninglessness  manifested in the curse of abstractionitis, which George Orwell warned against in his magisterial essay, Politics and the English Language. Among other words from the postmodern ideological vocabulary used in the Minister’s statement are “accountability”, “at-risk/communities”, “diverse/diversity”, “engage”, “holistic”, “identity”, “inclusive”, “nuanced”, “oppressed”, “privilege”, “proactive”, “proportionate”, “respect/ful”, “resilience”, “safe”, “transparency”, “vulnerable”.

And what does “fit” mean, and for what specific “purpose”/and how about “equity”? Somewhere there is a lawyer who is responsible, directly or indirectly, for the addition of that old very subject-specific legal expression “fit for purpose” to the political vocabulary. And it’s a certainty that a lawyer was instrumental in the conscription and ensuing relentless use of that other specific technical legal word “equity” in the ghastly abstract ideological language of identity politics.

The government also insists there are ample safeguards against the misuse of the Premier’s power to make pandemic orders, but the alleged in-built review mechanisms are cast in terms that lack the necessary binding quality. In the context of the exercise of the detention power, the Bill genuflects at the altar of the ancient writ of Habeas Corpus. However, the power of detention is expressed in a way that is unlikely to mean the detention power will be found to be absent. Likewise with the claims about the supposed protection afforded by the role of the proposed Pandemic Management Advisory Committee.

At a time when the Westminster concept of personal ministerial responsibility to the Parliament seems to count for little, it is instructive that as a matter of the constitutional law of the State of Victoria, Justice Ginnane made the following telling observation:

There can be legitimate debate about whether a public servant in Giles’ [the person authorised by law to impose the Curfew] position, who is not the Minister, the Department Secretary or the Chief Health Officer, should be exercising an emergency executive power that may close down much of the State. One argument would be that such a decision should be made by the Minister, who is responsible to Parliament and therefore to the public, acting on health and other relevant advice, including as to the effect of the Direction on the economic or social life of the State.

With the next Victorian election to be held in 2022, other ongoing heated political controversies directly affecting the Victorian government, and the Opposition in disarray, it is anybody’s guess what the electors will make, if anything, of the Bill and the substance and tone of the controversy it has provoked. The Pandemic Management Bill is an expression of contempt for the electorate of the State of Victoria and should be withdrawn.

The author is a practising member of the Victorian Bar

An Expression of Contempt for the Electorate